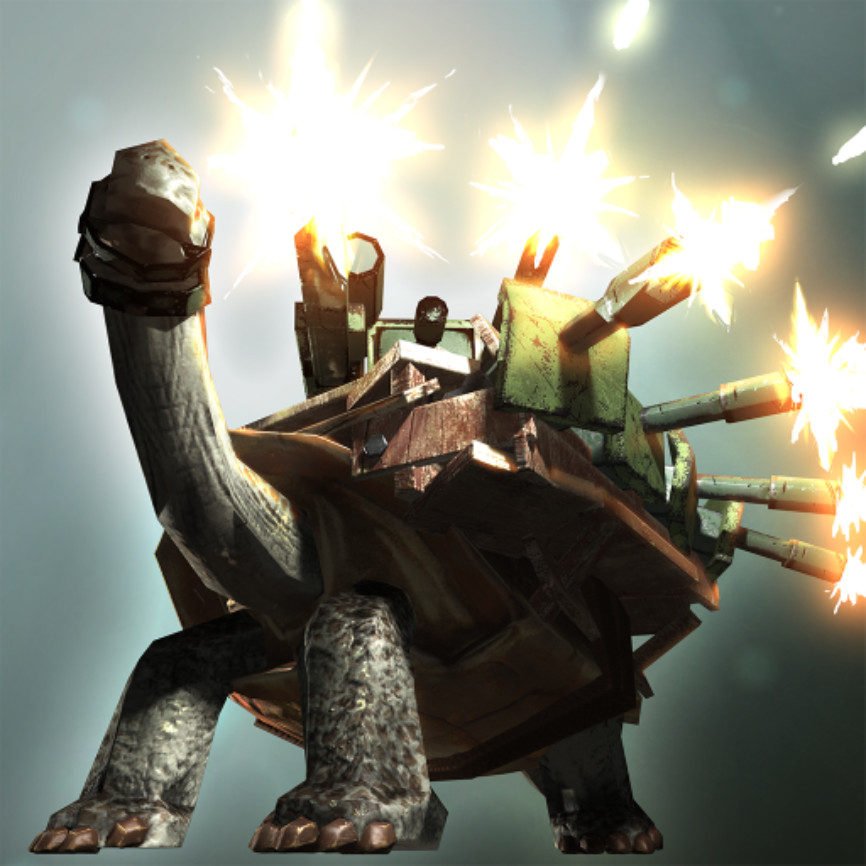 When we are looking to kill some time, or we are bored, we naturally pick up our phones and start scrolling through social media. When iPhones first came out, we all downloaded and played games, but with the rise of different social media platforms, it seems we have forgotten about this source of entertainment. So, if you find yourself in the position of being board, instead of going to social media, why not try one of the top iPhone games of 2020 to keep you amused instead?

When we first came across this game, we were slightly confused about it, you go to war with an army and a very large and very slow tortoise. It sounds ridiculous, but the more bad guys that approach you and you kill, the more followers you get and the more money you earn. Honestly, it is addictive and very well made. You’ll find yourself completing campaigns before you get up properly in the morning instead of checking Facebook.

If you want something that is pretty to look at and you can pick it up and put it down whenever you want without forgetting about what you were doing in the game. Starbeard may be the one for you. The basis of the game is you need to defend your garden from evil aliens through matching symbols, but it is not as simple as candy crush. Instead of matching symbols as and when they come up, you have to think about what you are matching as the matches give you tools to destroy the aliens with. If you don’t think ahead and don’t match well, you will find that you don’t have the right tools to protect your garden. Whilst it isn’t as immersive as some of the top free PC games, it will get you thinking and before you know it, you’ve missed your bus stop.

Do you love dying in interesting ways in games? Then boy have we got one for you. Don’t starve is an all-round weird one and it won’t be for everyone but if you are interested in fringe game development then bear with us. In don’t starve you are dumped into a wilderness and you spend your time trying not to die as much as possible, but death is inevitable and the only thing the game is interested in is killing you. It is best to think of Don’t Starve as a way to pick your own death and see how long it takes for you to get there. Do you want to be eaten by a wild animal? Do you want to die from a lack of shelter? It is a frustrating and infuriating game that will have you hooked if you are slightly macabre.

This list wouldn’t be worth its salt with the addition of Minecraft. The insanely popular game is available on the iPhone. If you haven’t played mine craft before, it is an open-world builder where pretty much anything is possible. You can build palaces, weapons, and armor to keep yourself safe. You can play with your friends across an array of devices and if you are the host of the game, you don’t need to be online all the time in order for the other users to be able to play. If you are used to playing on your PC the transition to your iPhone can be difficult and it may take time to get used to the different controls, but once you have this nailed you’ll wonder why you didn’t have it on your iPhone before. It really is an awesome game to get stuck into, the only problem is that once you are playing, you may find it hard to stop.

If you like well-designed open-world games, the witness may well be the one for you. When you enter into the game, it is just you on a beautifully designed desert island. You have no other option to explore and discover the reason you are there. The gameplay is lovely, and fluid and you’ll find yourself not wanting to put your phone down.

We’re all guilty of spending too much time on social media, so if you are going to pick up your phone, why not make the time spent on it fun? Here are the five best iPhone games for 2020, but be warned, you may well end up spending more time on your phone now than you did before you downloaded them!