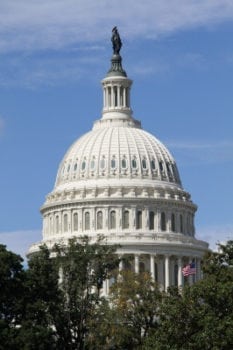 We have previously stated our position on current FCC chairman Ajit Pai’s take on Net Neutrality and his efforts to remove Title II protection. Since I disagree with his position I felt it was necessary for me to write to my Congressman, here in NV.

I received what I would consider a thoughtful reply. Although we agreed on some points I was left with the impression our congressman was interested in protecting the big players rather than consumers. He is also in favor of managing individual concerns with separate legislation. My concern is that once the barn door is open, it will be too late.  Here’s Congressman Dean Heller’s letter in response to my own.

Thank you for contacting me regarding the 2015 Open Internet Order, reclassifying the Internet as a Title II common carrier, also known as net neutrality. I appreciate your thoughts on this issue and welcome the opportunity to respond.

Like you, I have watched the Internet grow because of unfiltered access to lawful content without degradation in speed.  This growth allowed for innovation and investment in infrastructure that propelled the technology sector of our economy into a period of consistent growth. However, due to concerns by some over network management of Internet service providers (ISPs), former Federal Communications Commission (FCC) Chairman Wheeler asserted more regulatory influence over the Internet by reclassifying ISPs as Title II common carriers.

This regulation created an environment of uncertainty for broadband providers small and large and resulted in declining infrastructure investment, hurting many of our nation’s rural areas like Nevada that are trying to bridge the digital divide. That is why current FCC Chairman Pai advanced a Notice of Proposed Rulemaking to reverse the 2015 FCC Open Internet Order.

While I recognize the importance of managing issues with paid prioritization, blocking, and service throttling, I believe the 2015 open Internet order has been detrimental to innovation competition and an open and free Internet. It is better for Congress to address these concerns through specific laws to better manage the Internet, ensuring there is consistency in the law from one Administration to the next. In examining this issue through the legislative process, Congress can address the concerns that individuals have about providing a fast lane for Internet applications in a transparent manner.

As a member of the Senate Commerce Committee , which has jurisdiction over the FCC you can be sure I will continue monitoring this issue as I look for the best way to promote robust competition and empowering consumers.

Again, thank you for contacting me to share your thoughts. Please do not hesitate to contact me if you have any other questions or comments.

I thank Congressman Heller for his reply. However, if you really believe that there is too little competition in this space and that Title II is somehow limiting competition then you are buying into what the big players in this space want you to believe. If you believe in the consumer having the ability to choose among several service providers based on cost and the level of service, no matter where you live, then you are in favor of more choices in this marketplace. Or if you are not alright with a handful of mega companies controlling the Internet then pay attention to this issue and write your congressman. Congressman Heller raised a red flag when he said,

“Congress can address the concerns that individuals have about providing a fast lane for Internet applications in a transparent manner.”

If Title II protection is removed without protections in place first, pay to play in the fast lane is exactly what will happen. So does this mean lanes that are not fast will become the norm? That sounds like throttling to me and with the blessings of our elected officials? To me, this looks like yet another mechanism to get the public to pay more for less. If you have fast access now is it better to pay more to keep it. Hell no.

Ask yourself why the United States is last on the following list of countries with faster Internet service. The technology is there, other countries provide considerably more for less to their consumers.

US Low On The List of Countries With Affordable Fast Internet

You don’t need a compelling argument when raising this issue with elected officials. Just seek the truth. Ask the question, “How does removing Title II protection benefit the public?” It’s obvious how it will benefit the big players like Comcast, AT&T, and Verizon who will surely charge the public to play in the fast lane. I don’t see an upside for the consumer in this arrangement at all.  Our elected officials are supposed to represent the people not pander to the near monopolies that provide broadband access. If this becomes a lost cause, I certainly hope to see protections in place before Title II is removed. But I won’t hold my breath. Write your congressman and fight for your right to an open and fast Internet.

Feel free to leave your comments below.