A home is something a person thinks about long and hard before investing in. We see that the trend is shifting to smaller homes and cozier apartments than the previously grandiose mansions. It’s true that everybody would want to live in a mansion but we have to look at the facts. Not everyone can afford a luxurious lifestyle. This is where the newly developed tiny homes come in.

Luxury On A Small Scale

Tiny homes have to be less than 500 ft2 to qualify as a tiny home. We see that a number of times, people end up buying homes which are larger than their requirements due to the lack of options. They are not only more expensive to maintain but the taxes associated with them are higher as well.

Many companies have sprung forward and joined the bandwagon to develop these tiny homes. Tech giants like Intel have also invested in these developments. Intel has many plans for the future, where they wish to see whole towns connected together and has taken the first step by launching a smart home with a size of 210 ft2.

Access to the house is provided by way of facial recognition. There is a camera next to the main entry door running Intel’s True Key technology. This allows users to simply look into the camera for the door to be unlocked. With True Key, it is also possible for a user to see who is at their door via a mobile app when they are not at home. You can also unlock the door remotely. Other features also include water sensors installed in places like under the sink where the risk of leakage is high and sends alerts to your app directly if it senses a leak.

Another company like The Covo Tiny House Co., based in Portland, Oregon is among the leading developers. The company carried out surveys to find out what is most important to people and are incorporating just those features into their tiny homes. They have a fully functioning kitchen with working appliance and USB outlets with the plugs to directly plug in the phone. They have a combined washer dryer which allows you to do all your laundry at home.

“A big part of a full life is having a fully-equipped kitchen,” said Robb Crocker, owner of Covo “We wanted to make sure people could entertain.”

The Covo’s “Mio” model prototype comes with all the luxuries you would expect from a home. Including Alexa controlled air conditioning, lights, and locks. It is approximately 300-square feet and features a 7-foot retractable awning that lets in the light. The Mio unit costs $79,900 – more expensive than the typical tiny home but a fraction of the cost of a regular home.

“What we wanted to do was make a tiny house for people who aren’t tiny home people,” said Crocker. “We installed things that we thought young people would want to work with.” 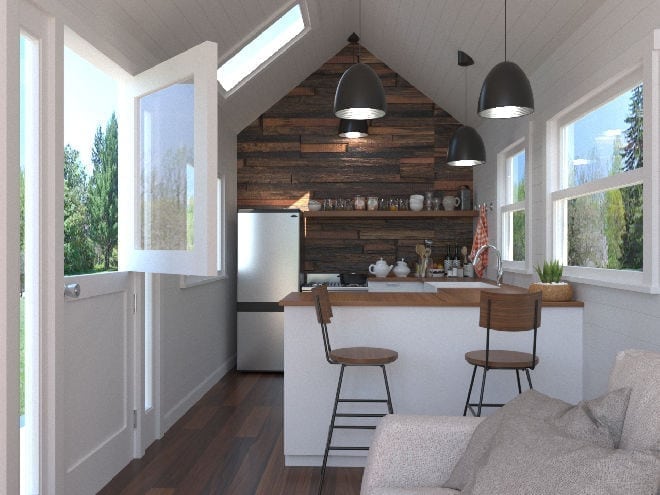 Another tiny home is known as the “Kasita”, 270 ft2 in size is designed by Jeff Wilson. Wilson sold most of his possessions and lived in a dumpster for a year as a part of a social experiment. This gave him the idea for this new tiny home. It was frustrating for Wilson to see people being driven out of the city just because they can’t afford a home there. He devised a solution for it and calls it “an iPhone I can live in.”

“I’d like to see this in cities around the world with folks able to own a beautiful home in the heart of the city,” said Wilson, standing outside a prototype.

The tiny home equipped with an Amazon Echo, Nest thermostat and View Dynamic Glass is currently parked in Austin, Texas and was featured in the South by Southwest festival. This model also has a special feature that if you get too tired of a place and fancy a change in the scenery, it can be loaded on to a truck and moved.

We will see a lot of development in tiny homes in the coming years. Maybe one day they will be preferred over regular homes because they offer more freedom. 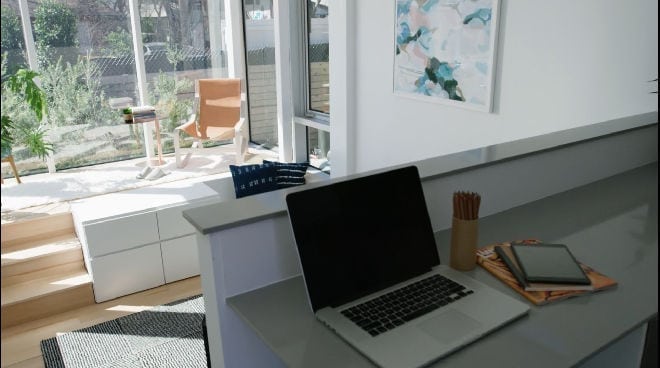 CovointelKasitaTiny Homes
Previous ArticleMediChain All Your Medical Records Under Your ControlNext ArticleWho Is Satoshi Nakamoto, The Founder Of Bitcoin