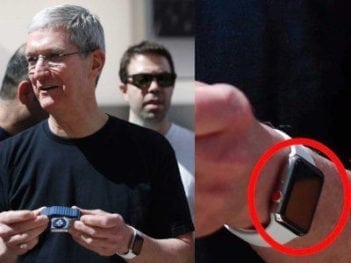 Back in 2014, Apple’s CEO Tim Cook unveiled the company’s first product in the wearable market, the Apple Watch. Last year, the Apple Watch Series 2 was released. The Series 1 had almost the same technology and features as the Generation 1. It came with better battery life and in a variety of color band options. The Series 2 sported GPS technology, and better battery life. Also, a feature that would continue to be one of Apple’s main selling points for the iPhone 7 and 7 Plus: water resistance.

Now in 2017 Apple just announced their newest generation of the Apple Watch: the Series 3. In a way, this is the 3rd-generation of the wearable. The Series 1 and Series 2 could technically count as two separate generations. Alongside the iPhone 8, 8 Plus, iPhone X and the new AirPower wireless charging pad, and the new 4K Apple TV, Apple announced Tuesday morning that they have created a new generation of the Apple Watch. This new device sports all-day battery life, a slightly thicker body, a variety of new bands, a new Gold casing, a faster processor, and, the feature everyone has been waiting for, cellular connectivity.

Perhaps the most distinguishing feature of the body is the fact that the Digital Crown has a red face; sort of like a sticker. If this design looks familiar it’s because of Tim Cook, Apple’s CEO, had this same design modification when he announced the first Apple Watch.

I always found it kind of strange and I thought that it was just some personal customization that Apple designers had created for him. Turns out, Tim Cook was testing out the cellular technology in the Apple Watch the whole time. As you can see in the picture, Tim Cook’s Apple Watch has a red Digital Crown. The Watch that he was wearing was actually 3 generations ahead of what he was showing the audience at that time. Or, at least, that’s what it looks like to me. Sounds pretty mischievous and speculative to me.

The Apple Watch Series 3 will be available on September 22 alongside the iPhone 8 and 8 Plus.