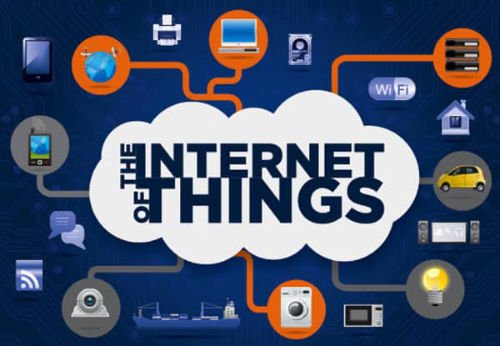 These are some questions that this post will try to answer. Let’s begin with it now.

In fact, the following building-blocks aren’t required only in the development of IoT solutions for home Automation, but they are also used to apply the technology to other industries.

All three above mentioned IoT building blocks for a home automation project have equal importance. A functional IoT home automation solution is the right amalgamation of these building blocks. Here hardware, for example, includes physical and tangible parts of a computer. Software includes instructions that can be stored and run by hardware and, communication protocols are a system of rules allowing two or more entities of the system to transmit information via any sort of variation of a physical quantity. Together they are required for an IoT application development for the home automation.

What Are the IoT Home Automation Applications?

IoT can be applied to a variety of applications in a home. Following are the areas where IoT technology can be used to automate a home:

The list doesn’t end here only. There may be several case-specific uses of IoT in homes.

There is no limit on the number of IoT sensors. In fact, new ones keep coming every now and then. Similarly, there are hundreds of gateways already available. Firmware can be written in C, Python, Node.js, or any other programming language. The Cloud is used to implement IoT applications with a high level of reliability and manageability.

We could mention only a list of 20 platforms but more and more platforms are hitting the market.

What Are the Key Sensors Used For the Development of Home IoT Solutions?

As mentioned above, there is a long list of sensors, but all of them cannot be mentioned in this post; however, we have chosen some top sensors that have their uses in the IoT home application development.

Depending on the application, two or more sensors can be used together to devise a functionality.

Devices creating the IoT environment for home use protocols to communicate with gateways, services, and sensors. Until recently, Bluetooth, Wi-Fi, and GSM were the only technologies to do so, but they were limited at their capacity. Now we have a number of automation protocols supporting in devising a variety of IoT functionalities for a home. Here is the list of top protocols used nowadays:

The architecture supports the following considerations for home automation solutions:

When developing the home automation, a standalone product sending data to a server would not be able to perform a job with the desired productivity. They are limited by battery and protocols.  This is why data from sensors is routed through an IoT gateway.

Consider the following factors when it comes to choosing a perfect IoT home automation application gateway:

It’s unrealistic to build automation from scratch. It’s a costlier choice if you want to do this. It is better you rely on home automation frameworks provided by professional companies.

Here we have listed some top home automation frameworks:

More on this topic: 5 Security Obstacles Every IOT Developers Need to Deal With