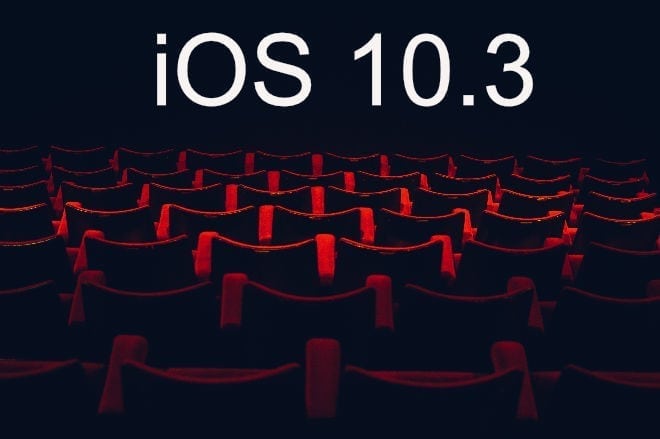 Apple iOS updates have always been a hot topic for its fans. It is quite fathomable since Apple is always surprising its users with new and convenient features to make every task simpler easier and way COOLER. The next Apple update, iOS 10.3, code-named ‘Erie’, was rumored to be made public on January 10. The rumors of what it might contain are already out on the Internet.

Sonny Dickson, a consistent source of leaked information regarding Apple updates has predicted ‘theater mode’ in the upcoming Apple update. While there have been no official announcements regarding this ‘popcorn-shaped Control Centre’ icon, Sonny Dickson mentions “Theater mode.” It is assumed to be everything a true cinema goer wishes for in all cell phones while watching a movie. The feature is to be used in cinemas which will activate itself automatically based on your GPS location. However, the extent of how this will work has not been disclosed yet. Further digging reveals that back in 2012, Apple filed a patent for a feature to be used in cinemas in a similar manner.

One of the reports that surfaced claims that Theater mode will disengage sound, block notifications for calls and messages and will decrease the backlight to a dimmer level. In a nutshell, the device will be made more compatible with the dark and silent theater atmosphere. No doubt that all this will allow more users to feel comfortable bringing their cell phones into cinemas. Of course, this can also be fixed by switching off mobile devices. That solution has been out there for a long time now. Yet still, all of us have come across cell phone user’s loud notifications and calls during our cinema experience.

We have yet to see the reaction of cinema goers to this latest feature on Apple devices. We will find out soon if this is, in fact, a feature that Apple is ready to launch in iOS 10.3. There have been instances of theaters restricting mobile usage during shows to a bare minimum. For example, AMC Theatres allowed limited cell phone use during screenings. So this feature will surely be a pain point to those patrons. Perhaps a large percentage of cinema fans who cannot put away their phones for anything will take their distraction to the lobby. Let the rest of us enjoy the show.