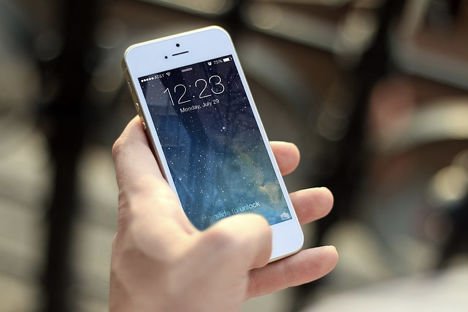 It’s hard to keep up with new technology releases these days, with big companies releasing a new flagship every other month. It can also get frustrating because for geeks and technology lovers, buying the latest smartphone is fun and something they’d definitely like to do. Unfortunately, that can sometimes be much easier said than done, with newest phone releases going well over one thousand dollars most of the time. That doesn’t mean you’re left with no options, though. You can always wait for some time and buy a second-hand phone of a model you like, but that requires a certain level of knowledge about phones and you should keep an eye out for certain things.

When’s The Best Time To Buy?

There are plenty of pros that come with buying a second-hand phone. For starters, you don’t pay the full amount that is paid when the device is newly released, which can be a bit too much these days. You also get an excellent device for much less than its actual cost, and that comes in handy for people who are not keen on getting the latest tech, so it’s definitely a win-win situation. There’s also a very important angle of helping the environment by buying used phones. A lot of phones get landfilled every year, and they’re often in great condition. So as you keep the phone for a while longer in circulation, you’re helping the environment and minimizing e-waste.

What Are You Looking For?

It helps to be specific when you’re out to get a second-hand mobile phone. Don’t just go out there because you want to change your current gear, and buy whatever comes your way. Ask yourself what are the important things to you in a phone? This is important because you’ll find all sorts of options with second hand mobile phones, and if you’re not sure what you’re looking for, you will get lost in the world of different specs. Prioritize the specs that are most important to you in a phone. For some it’s the camera, others the processor speed, and a few the screen resolution and quality.

Selling second-hand phones isn’t exactly like opening an Apple Store. Anyone can sell a used phone, and it’s because of this that you need to be careful. Try dealing with trusted vendors with a proven track record in the whole business, because this is basically how you guarantee you won’t get scammed. Go for big names like eBay, for instance, and try to be as vigilant as possible because there will be those trying to scam you with fakes and damaged phones. It helps if you also do your homework and learn about the device before you go buy it, so you wouldn’t be easily fooled by replicas or damaged phones.

Don’t go and buy a used phone until you’ve made sure of its condition, especially if it’s unlocked or not. Since you’re using a second-hand phone, it means you’re probably not dealing with a carrier. So, if you get a locked phone you’d be forced to use it with certain carriers, which is a bad idea. Always go for the unlocked phone so you can use whichever service you want. Also, always learn about the return policy. Can I return a used-phone if doesn’t work as it should? Or does the seller have restrictions against that?

When looking for second-hand phones, there is definitely no shortage of suppliers. The trick is in finding a reliable one that sells good hardware and for fair prices. This is why you should look around and shop at different places until you find the right combination of reliability, good pricing, and decent phones.

More on this topic: Need A New iPhone? Check Out The iPhone Upgrade Plan