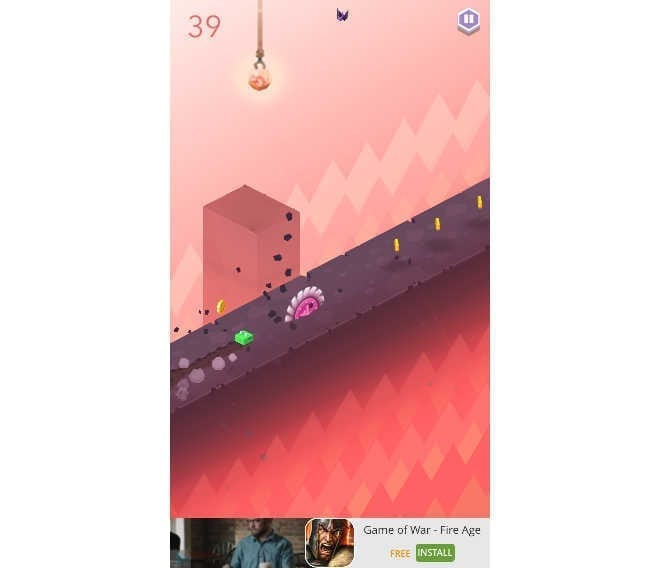 Endless runners have become a very popular thing in the mobile game industry. Some of the most noticeable games that fit into this category include Temple Run, Subway Surfers, and Minion Rush. Personally, my favorite out of these 3 is Minion Rush. But sometimes, people like to mess around with perspective and think outside of the box a little bit. This is exactly what the makers of The Pit. Ketchapp is undeniably one of the best game developers ever and creator of other games like Stack and 2048. 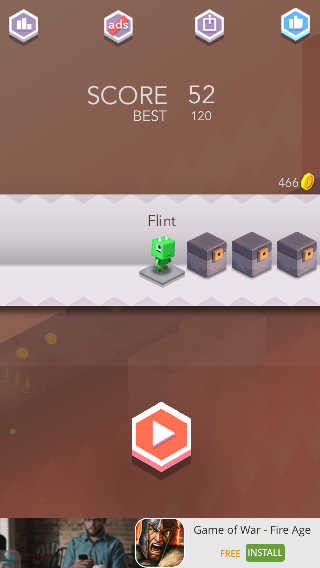 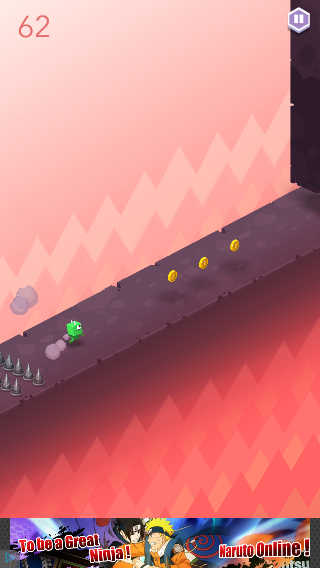 The Pit is based on a little green alien whose sole purpose is to get out alive from the Pit, even though the journey never ends. You have to run, slide, and jump across a deadly terrain of spikes, lasers, walls (sometimes moving walls), and fireballs. There are multiple characters to choose from and an endless amount of fun. The question is: How far can you go?

To play the game, you tap and hold to slide, release to jump, and tap again to double jump. The controls are fairly easy. If you don’t understand, don’t worry. There is a small tutorial to the game whenever you are going to start a new game. The only thing I find challenging about the controls is that you have to know when to go down so that you can release in time. It takes some time to do both so you have to experiment with your approach.

Releasing too early may cause you to accidentally touch a fireball or hitting your head on a brick wall. Whatever the circumstance, be careful with your approach and timing.

As stated before, you can play as multiple characters. These characters can be redeemed with coins. These coins need to be captured in the game so unfortunately, you cannot use your Google Play or App Store billing account to purchase them. That kind of sucks because not only does Ketchapp lose an opportunity to earn money, but also takes away a capability from the user to purchase the coins. Maybe they don’t want to get you too addicted as with other games (Candy Crush, I’m looking at you). Also, ads can be removed for an additional charge using your Google Play or App Store billing account.

Have fun and make sure to check out more apps by Ketchapp.