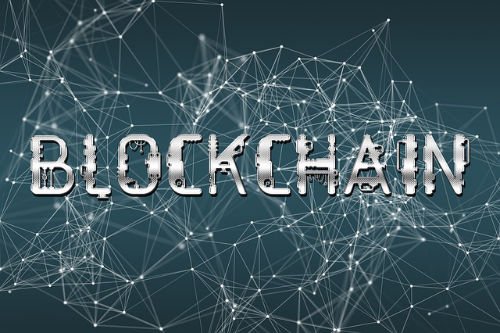 Image by Pete Linforth from Pixabay

Blockchain has been around for 10 years only, but it has already become one of the most promising new technologies. The industry is growing rapidly as the global spending on blockchain solutions in 2019 is projected to reach about $2.9 billion.

Almost 70% of banks are experimenting with blockchain, while 90% of North American and European banks are investing in this technology to make their services more secure, seamless, and transparent.

The functions and possibilities are obviously enormous, but do you know the most important players in the blockchain game? If you are wondering about the most serious stakeholders here, keep reading to see 10 blockchain organizations you should know about.

The first entry on our list comes from the little European country of Slovenia and it is called Blockchain Think Tank. They cooperate closely with the Local Faculty of Law because the organization is concentrated on the impact of blockchain in the field of education and the corresponding legislation. Blockchain Think Tank believes that the new technology has the power to boost the European economy, so they want it to become an integral part of the education system.

The second place on our list goes to PATRON, a Japan-based startup that focused on digital marketing. They specialize in influencer marketing through the blockchain lenses, building a platform that maximizes the overall efficiency of social influencers. Their plan is to expand to the US market very soon, which proves the potential of their breakthrough technology.

Cambridge Blockchain Forum is another think tank group that puts an emphasis on blockchain-related policies. The purpose of this organization is to bring together members of the academic community and representatives of both the public and the private sector. Blockchain analysts at EssayMama and Assignment Holic Service claim it’s a win-win situation because scholars can provide enterprises with state of the art blockchain insights, while local entrepreneurs can put their ideas into practice.

ADBIT Media is a blockchain media marketplace that connects “buyers, sellers, and agencies in a marketplace that is better for everyone.” The startup creates a token with which clients can buy media assets targeting highly specific types of audiences. That way, users can plan and run extremely effective advertising campaigns regardless of the channel of communication.

CRYSTAL Centre is the so-called school of computing. Their goal is to research and analyze almost every blockchain-focused tool, program, or app. They want to help the blockchain community to grow bigger mostly by explaining complex technical concepts in a relatively simple manner. According to the founders of CRYSTAL Centre, the goals are:

This think tank represents a collaboration project of Case Western and Cleveland State University. They don’t focus on blockchain exclusively as there are programs dedicated to the Internet of Things and other new technologies, but blockchain remains one of their main fields of interest. Cleveland Blockchain and Digital Futures Hub wants to establish regular communication between all stakeholders in the Cleveland region in order to collect ideas and launch new blockchain startups.

TraDove is a startup that propagates token-driven B2B operations in various industries, but they specialize in trade, sales, and marketing. The ultimate goal of this organization is to enable simple, fast, and secure international payments using the blockchain technology.

Although barely two years old, Blockchain Research Institute already represents one of the world’s largest and most influential think tanks in this field. The founders of this organization believe that blockchain is a genuine game-changer that deserves to be analyzed and promoted globally. That’s why Blockchain Research Institute gathers some of the most influential industry leaders and administers over 100 different projects.

Just like the name suggests, Gameflip is a startup that introduces blockchain technologies to the gaming universe. The startup gathers more than three million users who can complete any kind of digital transaction using state of the art blockchain platforms.

Our post showed you the 10 most important blockchain organizations you should know about. Which one do you believe to be most promising? If you have any other suggestions, make sure to let us know in comments!

More on this topic: Blockchain’s Killer App? The Most Successful Distributed Computing Projects so Far