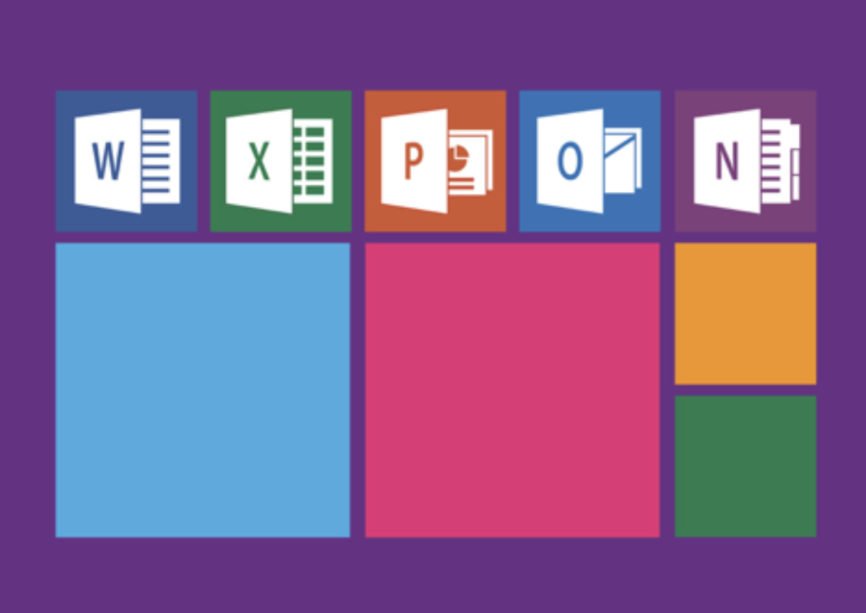 Why is proficiency in Microsoft suite programs such a sought-after skill in the workforce? Simply because most companies rely on Microsoft to get work done.

Microsoft has been one of the most valuable companies in the world for nearly two decades. In fact, it ended 2018 as the most valuable publicly-traded company. Microsoft suite programs (its Office package) have a lot to do with its sky-high value. Companies of all sizes use Microsoft Office and they all contribute to Microsoft’s bottom line.

How did Office get to be so widely-used? Let’s take a look.

The Microsoft Office suite has been around for close to 30 years, with version 1.0 released in 1990. But the individual components in the Office suite have existed even longer than that.

Microsoft Word was originally released in 1983. At that time, it was called Multi-Tool Word for Xenix Systems. It ran on the Xenix operating system, which was around before MS-DOS existed. With the launch of the IBM PC and MS-DOS in 1983, Word moved into the PC world. The Mac version showed up a couple of years later, in 1985, and the first Windows version launched in 1989.

Microsoft Excel is an interesting application. The first version was only available on the Mac, something you might not expect from Microsoft. At the time, Lotus 1-2-3 was the dominant spreadsheet app for MS-DOS and Excel would have had a hard time competing. The first version for Windows came in 1987 and because Lotus was slow to move 1-2-3 over to Windows, Excel got a lot of new users.

PowerPoint is another interesting chapter in Microsoft’s history. It was originally developed by another company, Forethought Inc, for the Mac. At the time, Microsoft was working on a similar type of application with another company. When they saw what PowerPoint could do, they bought Forethought to get the app. The first Windows version landed in 1990, along with the first version of Office.

Microsoft Office for Windows version 1.0 was released in 1990 along with Windows 3.0, which was when Windows started to take off. This combination, along with the fact that Lotus and other competitors didn’t have Windows versions of their apps available yet, gave Microsoft a big head start in the office suite market.

Windows 95 was another milestone for the Windows operating system, and Office 95 got released alongside it. Once again, this gave Microsoft considerable leverage in the business software market because there were few alternatives that could work as well together. Microsoft has continued to update the Office suite every few years since then, adding new features and, in some cases, entirely new applications.

Microsoft’s Growth in the Early Days of the PC Industry

At the same time, companies like Compaq and Columbia Data Products were reverse-engineering IBM’s PC firmware and developing compatible versions to use in what became known as clone, or PC-compatible, systems. IBM had used off-the-shelf components in their PC system, giving these other companies the ability to build machines with the same parts. Once they had the firmware cloned, they could sell compatible systems.

And since Microsoft had retained the marketing rights to their operating system, they could sell MS-DOS to all these other companies, giving them everything they needed to build IBM PC-compatible computers. Luck, Good Decisions, and Questionable Business Practices

Part of Microsoft’s success came down to luck. They were fortunate that IBM didn’t recognize the value of letting them keep the marketing rights to MS-DOS. IBM was still a mainframe company at heart and never thought the PC would take off the way it did.

Keeping those rights and gathering the various applications together, either by developing them internally or buying other companies to get them, was a series of good business decisions by Microsoft. They were able to bring the suite together and tie it together closely with the Windows OS, giving them leverage with businesses looking for end-to-end solutions.

Some of Microsoft’s success in making Office the dominant suite came down to some questionable business practices as well. Some of their agreements with hardware manufacturers limited what they could include on new PCs that shipped with Windows.

And because Windows was the industry standard, those companies didn’t have a lot of alternatives. This led to the famous antitrust case in 1998, which in turn led to some changes that lessened Microsoft’s stranglehold on the PC market.

Refocusing and Getting Back on Track

Over the next decade, competitors like Google Docs started to chip away at Microsoft’s market share. The explosive growth of mobile computing with the launch of the iPhone in 2007 hit Microsoft even harder. They launched their own Windows Phone to compete but it never took off the way they hoped. The iPhone and Android smartphones dominated that market (and still do). This chipped away at Office’s market share even more.

In 2014, Satya Nadella took over from Steve Ballmer as the CEO of Microsoft and immediately started to refocus Microsoft’s business. He dropped the Windows Phone program and created versions of Office for iOS and Android, giving it the ability to run on all major smartphones and tablets. He also focused on a cloud version of Microsoft Office that runs through any browser, on any operating system. Trying to reach as many users as possible instead of tying Windows and Office together paid off, taking Microsoft back to the top of the stock market a few years later.

This new period of growth has put Microsoft Office back on track and helped it dominate the market again. And it has helped related markets like Office training and professional support services flourish as well.

If you use computers in any way in your work (and who doesn’t?) you need to be proficient with Microsoft suite programs. Office is used in so many workplaces that it’s a prerequisite for jobs in almost every industry. Did you find this article helpful? Check out the rest of our blog for more interesting posts.

More on this topic: How To Do Your Office 365 Migration Without Hiccups