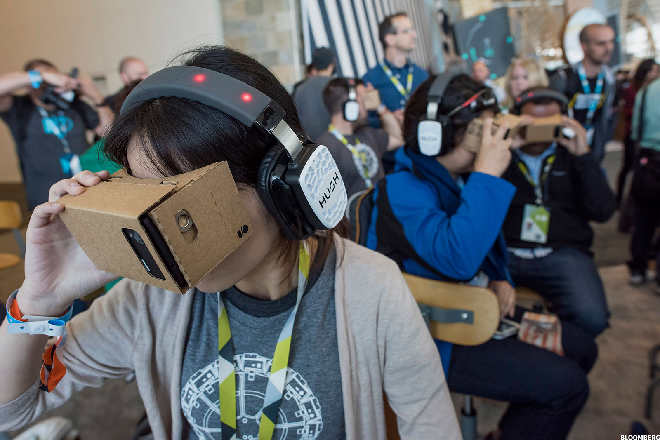 VR and Interactive 3D in Education

Since the 1950s, virtual reality (VR) has been hovering on the periphery of technology without achieving accepted mainstream application or commercial adoption. Since 2012, VR startups have raised more than $1.46 billion in venture capital, including more than $100 million in funding during the last four consecutive quarters. According to Citi analyst Kota Ezawa, 2016 is the year VR will take off in earnest, with the VR market expected to grow to a $15.9 billion industry by 2019. Citi also anticipates the market for hardware, networks, software and content will reach $200 billion by 2020.

Virtual Reality has been used for training and education for many years by the military, law enforcement, research labs and even NASA. Only now has the technology become available to the average consumer as mobile phone technology has driven the price of a headset down from many thousands of dollars to a couple of hundred dollars. Advances in home computing have also had a major effect as they get faster and less expensive they can now provide realistic simulations through computer generated graphics that only 10 years ago would have seemed impossible. These reasons are why virtual reality has not been used in education until now.

Interactive 3D solutions and Virtual Reality in education have been shown to increase students’ attention levels by 92% and increase test scores by 35% – while at the same time creating a new level of engagement for students and staff. Then there is the fact that children today are familiar with all forms of technology and use these at school as well as at home. They have grown up with technology from a very early age and unlike adults, do not have any fear or hesitation in using it.

Plus we live in a technological society. So it makes sense to implement virtual reality as one of several forms of technology in order to educate tomorrow‘s technological elite. Education has moved on from books, pencils and pens to the use of interactive technologies to help impart knowledge and understanding.

Let us take a look at a few examples to further explain the concept:

Astronomy students can learn about the solar system and how it works by physical engagement with the objects within. They can move planets, see around stars and track the progress of a comet. This also enables them to see how abstract concepts work in a three-dimensional environment which makes them easier to understand and retain.

One ideal learning scenario is medicine: virtual reality can be used to develop surgery simulations or three-dimensional images of the human body which the students can explore. This has been used in medical schools both in the UK and abroad.

If you are a history teacher then your students may have the opportunity to explore a historic building or era in time such as Ancient Greece. They will be able to walk around a Greek city, e.g. Athens, and explore various aspects, often by using touch via the data glove. This is a great way of learning about day to day life in Ancient Greece which brings it to life in a way that books or online media are unable to.

So what we are saying is that virtual reality can be used in many areas of the curriculum. This includes maths, English, science, history, geography, languages and newer subjects such as design technology.