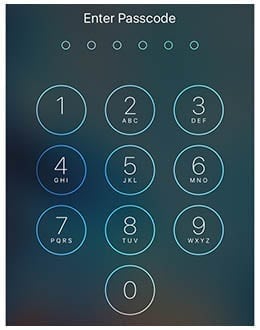 Last week it was revealed that the FBI had called upon the owner of the handset, the San Bernardino County Department of Health to change the pass code on the iPhone according to a press statement obtained by Re/code. Apple stated that if the pass-code had not been changed then it was possible to obtain a backup of the data available in the phone of which the most recent was six weeks before the attack itself.

The FBI cited the reason

The FBI cited the reason that “direct data extraction from an iOS device often provides more data than an iCloud backup contains,” and said that compliance from Apple would help them in their investigations. “Even if the password had not been changed and Apple could have turned on the auto-backup and loaded it to the cloud, there might be information on the phone that would not be accessible without Apple’s assistance as required by the All Writs Act order, since the iCloud backup does not contain everything on an iPhone. As the government’s pleadings state, the government’s objective was, and still is, to extract as much evidence as possible from the phone.”

In response to this Apple CEO Tim Cook has shown vehement resistance on behalf of the company noting that Apple is unable to break the encryption on iOS 9 and even if they did, this would set a dangerous precedent for law enforcement along with significantly undermining the security of Apple users if they complied with the government’s requests to make a “backdoor” into iOS.

A statement from the White House has denied that they do not want Apple to “create a new backdoor to its products,” and are only requesting their help to access a specific device. On Friday, the U.S. Department of Justice said that Apple’s stance is but a “marketing strategy” in a motion filed to compel them to obey the requests of the first court order lodged by the FBI. Apple is expected to respond to the court order by Feb 26.