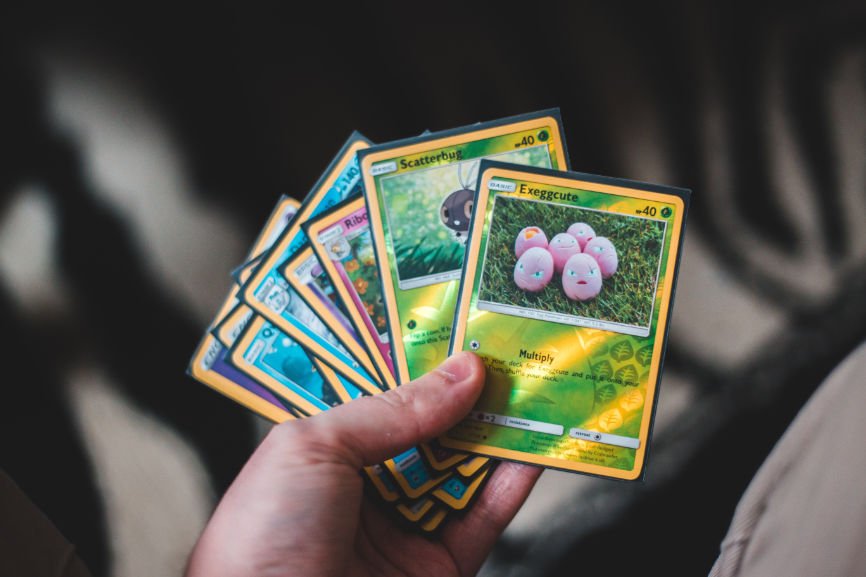 Photo by Erik Mclean on Unsplash

Pokemon, or pocket monsters, is one of the most popular Japanese franchises. It has been around for many years. At least more than 20 years, and it is to no surprise that most kids and adults are addicted to it.

There are multiple Pokemon cards and new cards never cease to be released every now and then. You can check the latest ones when you visit website. They are mostly released in 3 different categories;

These are one of the most powerful Pokemon cards and can only be found within booster packs. With this, each Pokeman comes with a particular type and indicates how the character is represented.

Trainer Cards can be used for stadiums, items, and supporters, and can be used during battles. Players can also find their specific rules at the bottom area of the cards, always.

Players can always find these in just about any pack. They are essential to power your game throughout and give a unique boost, depending on what Pokeman type it is.

Pokemon TCG (Trading Card Game) is quite the trend right now. They are fun, simple, and easy to play. The rules are quite straightforward and super easy even for newbies to follow along and get a grasp of it.

Those who have already been playing it know that there could only be a little too many of the cards at disposal. They are actually so many, that it can get difficult and overwhelming for starters, leaning to create a pokemon Trading Card Game (TCG) deck.

The cards come in multiple different features; some stand out and appear to be unique just a little compared to others. This could be because they are extremely popular and/ or powerful, or because of their beautiful, colorful, artistic.

With the availability of thousands and thousands of Pokemon TCG cards, different players have their own different list of favorites. However, always keep in mind that the most important thing about these cards is that you are able to have super fun with them, regardless of whether you are a veteran or a pro.

With everything said, here are some of the best Pokemon TCG cards;

Like the name suggests, this card is all about ‘Surfing Pikachu’/ Pikachu on the surfboard. That alone already sounds fun. And it is not the only thing to expect from the game, its competitive prowess and skills are just on another level. No wonder it became one of the most popular TCG cards.

While this is not the most known card, it is definitely one of the popular ones. This might look the most familiar to players, those especially who have already experienced Pokemon X 3D video games.

This beautiful bright card is probably one of the best sun and moon TCG competitive cards. It is fun, not super easy to play but fairly easy to grasp the concept and follow along. It is also a little bit on the pricey side.

Well, N is quite a popular supporter card. The card is popular for some competitive reasons. It allows players to draw as many prize cards from the table, by shuffling unwanted hand-back in their decks.

The 90 kids still get delighted by this Holographic Charizard card. The original Charizard was a rare gem but was as important to people as a GX is today. It is still one of the most popular cards and highly in demand.

More on this topic: Find Pokémon With Google Maps

CardsPikachuPokemonTrading
Previous ArticleHow is Grinding in Video Games Comparable to Bitcoin Mining?Next ArticleHow Can HR Software Be Used in a Remote-Working Environment?