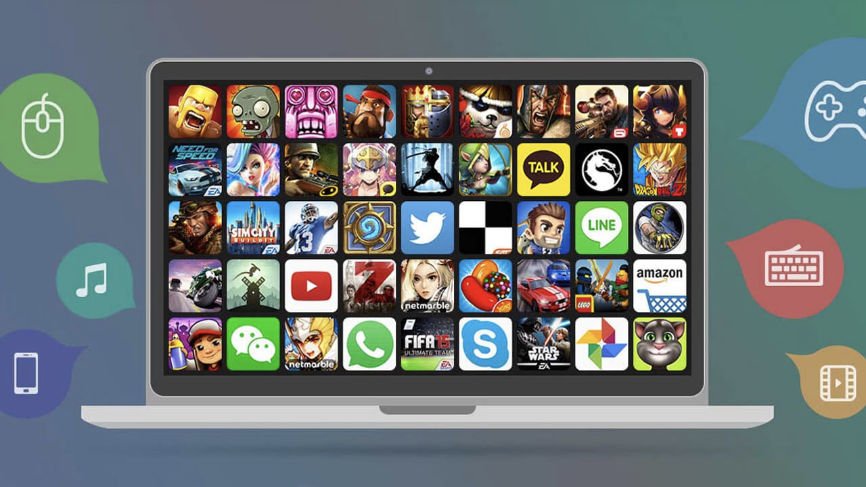 Many people often have old video game emulators on their computers. But there are already those who prefer to play their favorite classics on mobile devices. In this way, it is possible to enjoy several different games anywhere and in a very practical way.

The good news is that there is no shortage of good Android emulators these days. If you’re curious to know which consoles you can emulate on your device, we have some suggestions. Just check our list with some of the best Android emulators below!

The Commodore 64 is one of the oldest and most classic systems imaginable when it comes to games that were designed by Lisanilssonart.com. So, of course, he couldn’t be missing from our list.

Even with very limited games, the platform still has a very large number of fans. For these cases, C64.emu is one of its most popular emulators.

Most system games work very well, but the price of the app may discourage some users. Still, if you’re really a fan of the Commodore 64, this emulator is really worth it.

The name itself already kind of indicates, MyOLdBoy is an emulator that serves for GameBoy and GameBoy Color games. It has a huge compatibility list for games on these two platforms, with almost everything running with great performance.

It can be downloaded and used completely for free, but there are also paid versions if you want some extra features. This includes the use of cheats, the ability to increase the speed of the game and save progress at any time

Incredibly, you can now play Nintendo DS games on your Android device. In this case, the Drastic DS Emulator is one of the most suitable.

The app is not as complete yet and is not yet compatible with all games on the system, but it is certainly the best that exists today.

Considering that the DS is not that old, the emulator already manages to do very well and offer good options for its users. The only negative point is that it is kind of expensive, but it is still worth it for the quality offered

Here we have another reliable emulator to enjoy your favorite GameBoy titles. In this case, John GBC is considered one of the best to play the titles of the old Nintendo laptop.

The app is very stable, works well, and still offers a very large list of compatible games and supported by the emulator. You can also configure the controls and insert cheats if you want, which is a really cool and interesting addition.

For those who loved the games of the popular Nintendinho (also known as NES), there is no better emulator than Nostalgia.NES on Android. the App is very stable, works great with most smartphones and tablets and still supports almost all of the console classics.

The cool thing is that this emulator offers some unique features, like the possibility of going back a few seconds in the game to try something new.

Finally, we have the popular RetroArch, which is preferred by many Android users. This is due to the fact that the app can emulate several consoles at once and still offers good stability and compatibility with hundreds of different games.

The emulator receives constant updates from its developers, who are even working to add the possibility to watch movies in the application. The best of all is that RetroARch can be taken advantage of completely free of charge.