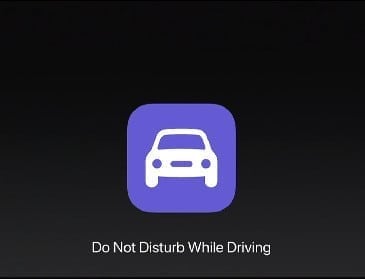 Last Thursday Apple was required to appear at the Los Angeles Superior Court.  The Cupertino company needed to defend itself against a class-action lawsuit filed last January. The claim was that Apple should be held responsible for someone else’s carelessness. Apparently, a California man accused Apple of placing profit over consumer safety. Why? you might ask.

The plaintiff says Apple should have implemented a “Lock-Out” feature that would disable an iPhone when being used by someone who is driving a vehicle.

Apparently, the plaintiff was involved in a collision with another car where the driver was texting on his iPhone at the time of the accident. Of course, Apple doesn’t see this as their fault and quite frankly, neither do I. The question that comes to my mind is at what point should we not expect people to take complete responsibility for their actions, especially when behind the wheel. It is widely known that texting while driving is dangerous, reckless behavior and it’s against the law in most states. So the driver throws caution to the wind and the person he collides with feel’s it’s Apple’s fault.

MacRumors reported that a similar case where the plaintiff was suing Apple was dismissed in the US District Court in Texas.

The judge, in that case, was Robert W. Schroeder III who said,

“When a driver negligently operates her vehicle because she is engaging in compulsive or addictive behaviors such as eating food, drinking alcohol, or smoking tobacco, it is the driver’s negligence in engaging in those activities that causes any resulting injuries, not the cook’s, distiller’s, or tobacconist’s supposed negligence in making their products so enticing.

Similarly, her decision to direct her attention to her iPhone 5 and maintain her attention on her phone instead of the roadway is the producing cause of the injury to Plaintiffs.”

The iPhone has an off button. It also has Airplane Mode. In addition, there is Do Not Disturb, and Silent mode. The mechanisms to eliminate or minimize distractions from the iPhone are already built into the device. But one must choose to use them.

Do Not Disturb While Driving

Should the iPhone shock the user when touched in a moving vehicle?  Apple has already taken steps to protect us from ourselves.  iPhones are not inherently dangerous folks, people are. Be safe out there.

More on messages and texting.