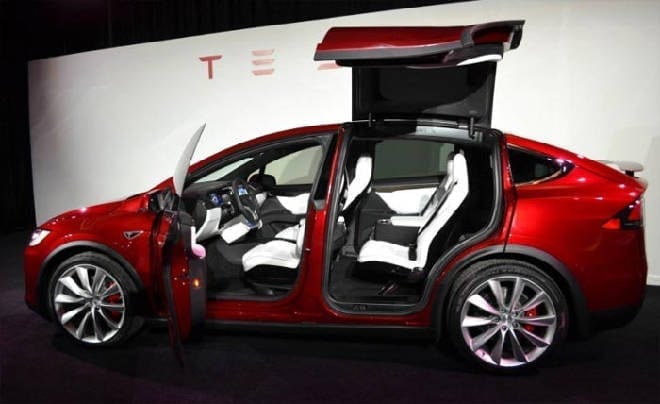 The CEO of Tesla Motors and SpaceX, Elon Musk, has made his reputation by setting outrageous goals and then achieving them. Although they were not always according to schedule, he achieved things most people thought impossible. He plans to do something similar yet again. Elon Musk has claimed that by the end of the year 2017, he’ll produce a Tesla self driving car that is capable of driving itself from Los Angeles to New York City without any human supervision.

A video of the new model X SUV was released that carried the new hardware and the prototype software driving itself around Palo Alto.

Full Self-Driving Hardware on All Teslas from Tesla Motors on Vimeo.

“An unedited sequence of the vehicle driving itself in downtown San Francisco would be more meaningful to see what the vehicle is capable of doing,” says Raj Rajkumar, who runs autonomous driving research at Carnegie Mellon University.

Google is undoubtedly the leader in this field with its 60 cars covering around 2 million miles, mostly around a few cities but Tesla claims to have the upper hand having sold a great number of cars covering a total of 222 million miles all around the world on autopilot, collecting data at all times.

Musk is against the commonly used LIDAR technology claiming that it is too expensive and is planning to equip his cars with eight cameras and forward facing radar, which Musk says will provide just as good a view of the world. “LIDAR is a great technology, but it’s got moving parts which make it prone to fail, and it’s very expensive,” says Miller.

Tesla plans to translate the data from sensors into driving commands by equipping their cars with Nvidia’s Drive PX 2. It involves a supercomputer that uses deep learning to teach the car to handle itself. Mobileye stopped working with Tesla on the basis that they were moving too fast. Now Tesla plans to run in-house software for the cameras.

Federal and state regulators in the US are slowly developing regulations to govern autonomous technology. Unfortunately, they are nowhere near ready to validate Tesla’s proposed Level 5 system. Musk prefers to ask for forgiveness, rather than permission, approach.

“It is a way of changing facts on the ground, and that’s what Tesla and more disruptive companies like Uber are really good at,” says Bryant Walker Smith, an assistant professor at the University Of South Carolina School Of Law who studies self-driving vehicles.

Elon Musk focuses on the fact that 1.2 million people die in car crashes. He claims that he is devising a vehicle that would avoid such incidents.

“The foundation is laid for cars to be fully autonomous, at a safety level we believe to be at least twice that of a person, maybe better,” he says.

Elon Musk has made big claims in the past and has done so yet again. The only thing left to do is to wait and watch if he can actually deliver a self driving car.