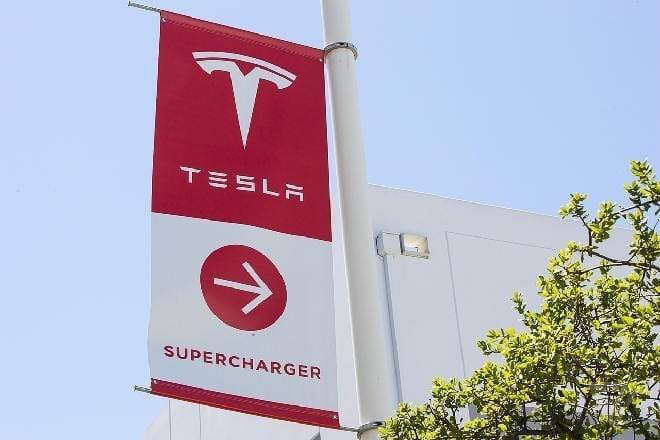 Tesla and Ruby Tuesday, a popular chain of restaurants in the US, declared a partnership.  They will install a series of new Supercharger Stations at its locations along important routes across the US.

On Tesla’s webpage it says:

“Tesla partners with hotels, restaurants, shopping centers and resorts to make charging when you arrive at your destination as simple as charging at home. Pull up and plug into a Tesla wall connector to charge Model S while you shop, dine, or even during an overnight stay.”

The two companies announced this partnership this week. It will bring “a series of” Tesla Supercharger stations to an unspecified number of the restaurants.  There are 729 locations around the United States. According to the two companies, these Supercharging Stations will be placed in the parking lots of the restaurants. This will allow users to easily charge their Tesla vehicle while on the go.

Tesla Superchargers can provide up to 120 kilowatts of power.  They can charge a Model S or X with up to 170 miles of range in about 30 minutes. But it seems as if Tesla’s upcoming Model 3, won’t be able to use Supercharging unless owners specifically pay extra for that option.

“We’re thrilled to partner with Tesla Motors to offer our guests a place where they can charge their Tesla vehicle while enjoying a delicious meal. Expanding the Supercharger network to include Ruby Tuesday is good for both Tesla owners and our restaurants alike. We look forward to deepening our relationship with Tesla and opening additional Supercharger Stations in Ruby Tuesday markets around the country in the near future.”

Tesla plans to double its Supercharger network within the next two years. This will allow them to support its ever growing number of vehicles. Currently, the company is managing over 650 Supercharger stations numbering around 4,000 Supercharger stalls around the world.