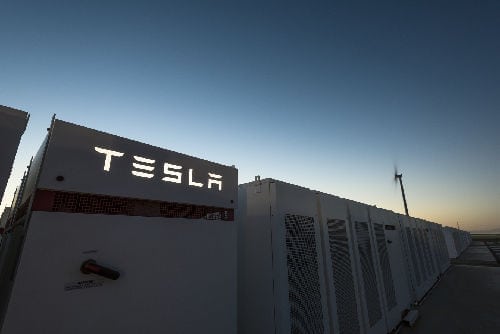 Tesla recently grabbed the headlines when Elon Musk boasted that he had the solution to Australia’s energy problems. He challenged that he will build the world’s biggest battery in just 100 days otherwise it would be free. He completed the battery before time and it has been running since the 1st of December. This was just in time to provide a little support to the shaky power grid for the high load demands of the summer. Apparently, the giant battery farm was only the first act. Tesla is still going to be bolstering Australia’s power grid further.

South Australia’s state premier Jay Weatherill announced a plan on Sunday to create a network of 50,000 home solar systems backed by Tesla Powerwall batteries, ahead of a state election in March.

This virtual power plant initiative will start with a trial. The trial will include 1,100 public housing homes. The panels and batteries will be installed free of cost for the participating households. The project will be funded via selling electricity as well as government funds. The Australian government is providing a $2 million grant as well as $30 million in loans from the state’s Renewable Technology Funds.

Assuming that the project moves forward as planned, it would be a source of more reliable power in the area. Currently, most of the energy comes from wind farms. According to government estimates, this project could reduce the power bills by 30% for those who sign up. It is designed in such a way that the extra energy goes to the grid. Increased energy production will benefit the whole region.

One of the reasons for announcing the project right now is that Australia is holding its elections on March 17th, and the Australian Prime Minister Malcolm Turnbull has been calling Weatherill’s strategy a reckless experiment and has blamed it for the surging electricity costs. The partnership with Tesla is aimed at countering criticism. If the trial is a success, it will extend to at least 50,000 homes and could be extended even further. If it is indeed a success, it will bring some much-needed stability to the region.