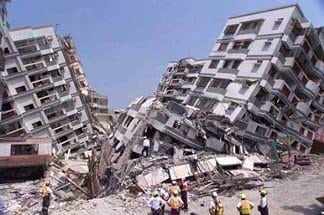 An earthquake of 6.4 magnitude, hit Southern Taiwan on February 6th, 2016 that killed almost 116 people and injured many others. The earthquake also caused damage to the manufacturing facilities located in the region.

TSMC is one of the two manufacturers that are producing chip fabrication for iPhone 6S and the only company that is producing the A10 chip that will be used in iPhone 7.

The company had earlier stated that the 95 percent of the company’s production will be back on schedule in 2 to 3 days. It had also narrowed down the affect of disruption in production to be only 1 percent of 2016 total production. However, now according to a report by Digitimes one of the chip-fabrication facilities has suffered more damage than what was assessed earlier

TSMC, however remains confident that the impact of the damages caused by the earthquake will still remain minimal. Furthermore, the company is also confident that it will hit its revenue target for the first quarter of 2016.

TSMC has won the contract to be the only company that produces the A-10 chip for Apple iPhone 7. According to rumors, it is because of the fact that during benchmark testing iPhone 6S that operated with the TSMC chip ran cooler and had a prolonged battery life compared to the iPhone 6S that operated on the Samsung variant. Apple has although denied these rumors saying that there was only a minimal difference of 2 to 3 percent and further saying that bench marks do not typically account for the real world usage.

We will have to wait and see the degree to which earthquake affects the production of chips. In the mean while, our prayers are with the people affected by the earthquake.