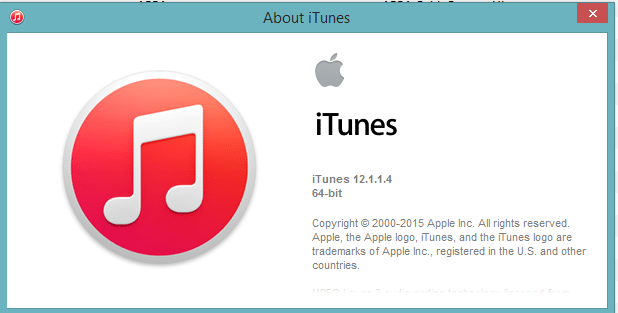 Apple has recently updated iOS to version 8.1.3 and iTunes to version 12.1. The new version has not been jailbroken yet, so if you’re thinking about updating to the latest iOS, keep in mind that you’ll lose the jailbreak. Jailbreak tools don’t yet support iOS 8.1.3, but the TaiG tool for Windows now does support iTunes 12.1.

Once upgraded, you can’t always go back to the previous version of iOS. Apple allows a limited time window (signing window) during which you can downgrade. Since this is now over, you can’t downgrade your iOS anymore, even if you manage to downgrade iTunes.

Jailbreak tools exploit loopholes within the operating system, allowing user-applications to get access to the root file system, which can then be used to practically do anything with the iDevice. Apple obviously tries to patch up these loopholes with updates. With each new update, Apple promises bug fixes, enhancements and performance improvements. But often, it is only patching things up to run smoother, and cover up security loopholes left in the previous versions.

With iOS 8.1.3, the exploits used by jailbreak tools such as TaiG and PP have been patched up. The same goes for the latest version of iTunes, as each new version of both the iOS and iTunes aims to patch up these exploits.

Just be sure to not update to iOS 8.1.3 just yet! Appreciate the difference between iOS and iTunes (if you don’t, you shouldn’t be jailbreaking anyway).

What iOS are you running? Have you updated iTunes to the latest version? Let u know if you have faced any problems, and we’ll try to cover them in an upcoming post! Good luck!

iOSitunes 12.1jailbreaknews
Previous ArticleHow To Use WhatsApp Web On iPhone With WhatsApp Web EnablerNext ArticleCreate Folders In iOS Photos By Holding Plus Button