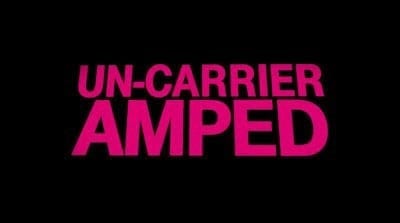 Yesterday the company launched another exciting offer on Apple’s products and apps. John Legere, CEO and President of T-Mobile announced that the company will be adding Apple Music to the Music Freedom initiative. Additionally it was also announced in the same blog post that anyone who buys the iPhone 6 from T-Mobile over the next few months will also be able to exchange it,for free, with  the highly anticipated iPhone 6S on it’s release.

The Music Freedom initiative, which debuted almost a year ago,  allows it’s user to stream songs for free. This means that the cellular data usage while using Apple Music through T-Mobile will not be counted in the 4G LTE charges. T-Mobile’s ‘Simple Choice’ customers can avail this opportunity. For more details see the website here.

Apple Music was introduced because  according to Mr. Legere it has ‘become the single most requested new addition to Music Freedom and counts for a full 80% of the requests coming in via Twitter’.

Reportedly 131 million songs per day are streamed by the subscribers of Music Freedom and this service accounts for 95% of music being streamed through mobile devices in the U.S.A currently.

Other streaming services included in the Music Freedom service are, amongst others, Spotify,  Pandora, Rdio, Google Play Music, iHeartRadio, SoundCloud and SiriusXM. The total number of music  streaming service supported by Music limited is a whopping 33.

Now onto the iPhone 6S promotion. Those who have bought the iPhone 6 for $15 per month from T-Mobile via the JUMP! On Demand policy can upgrade their iPhone 6 for the as yet unannounced iPhone 6S model. Those customers who are already taking part in the aforementioned upgrade plan will be able to upgrade without having to pay extra.

That is not all! If you choose to upgrade your Apple device in the 48 hours following the release of the iPhone 6S and iPhone 6 Plus you will be eligible for T-Mobile’s priority shipping so that “you’ll be among the very first to get your brand new phone when we have inventory.”

In this blogger’s opinion the T-Mobile Un-Carrier Amped offers this summer are amazing and un-missable!