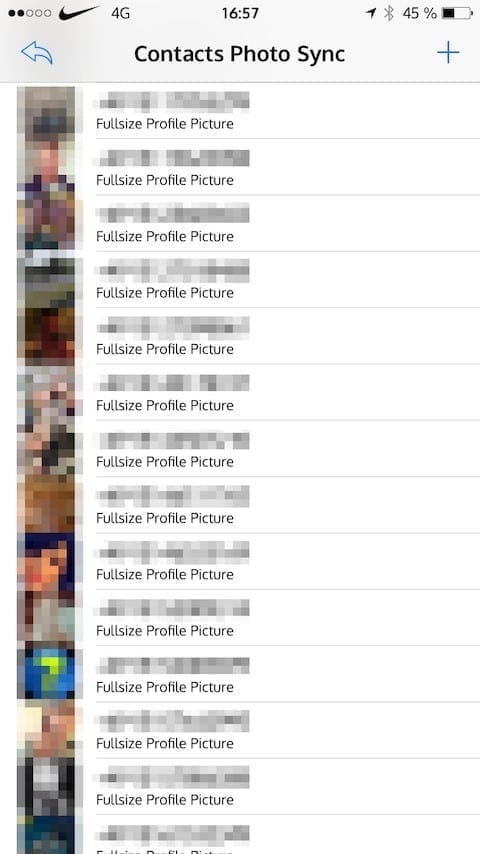 WhatsApp users regularly update their profile pictures, and use their personal phone number. These two pieces of information are enough to sync WhatsApp profile pictures with contacts much better than syncing them with Facebook. Find out how to do it down below.

The modern smartphone is the ultimate consumer all-in-one device: it has replaced the alarm clock, the calendar, the portable movie player, notepad, music player, and so so much more. Still used in diminishing quantity by your grandparents, but another utility that the smartphone replaces is the contacts book.

Paper-based contacts book are still nice and reliable, but they do not offer the convenience of, say, the iPhone Contacts app through which you can directly contact someone via a phone call, a text message, or through FaceTime.

Now, since they’re digital, modern digital contacts books-apps also come with contact photos. You can set them one by one, or sync them with Facebook. The problem with syncing contacts with Facebook, however, is that most people do not actually share their private cell phone number on Facebook which negatively affects syncing. It results in duplicates, and very little actual contact photos added to your previously added contacts.

We wish iOS allowed users to sync WhatsApp profile pictures with contacts natively, but alas there is no such way except if you do it one-by-one for all your hundreds of contacts. Of course, if you jailbreak your iOS 8 device, you can install a tweak like Contacts Photo Sync which can regularly batch sync WhatsApp profile pictures with contacts really quickly.

Contacts Photo Sync costs $0.99 from Cydia, and is available under the default BigBoss repo. Just download and install it, launch the app from your home-screen, and sync away! Contacts Photos Sync comes with a limitation in that it requires that all numbers be in the form of +(country-code)(local number) i.e. +923231234567 and not 03231234567. Most of my contacts in the saved in the latter form, but still Contacts Photo Sync would cover a whole bunch of previously barren contacts.