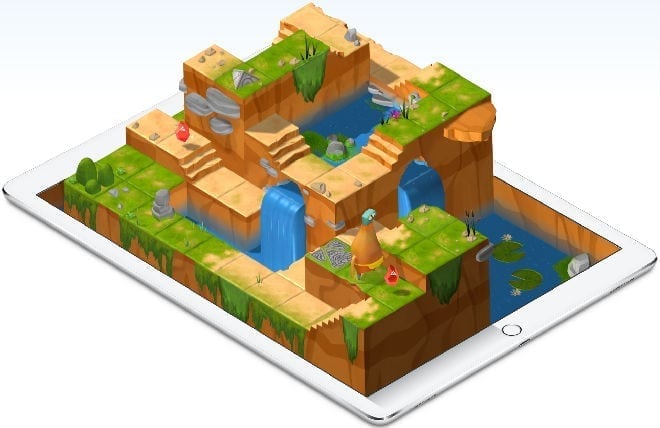 The Swift programming language is powerful and intuitive.  It is also easy to learn.  With Swift, you can write code for macOS, iOS, watchOS, and tvOS.  Swift is open source and the current version is 3.1. You can learn a lot more about Swift and the open source Swift community, at Swift.org.

The developer website is open to all and contains a lot of resources for the beginning programmer.  Presentations, documentation, sample code, and videos are available to jump start your understanding of Swift and get you coding in no time.

Apple is taking Swift to the next level by expanding code education. You can now use your code to interact with other devices. Swift is bringing the actions you create to robots, toys, and drones in the real world. Companies like Lego, UBTECH, Parrot, Sphero, and others are making it possible to control their devices through Swift Playgrounds on your iPad. This is very appealing to kids who up to now needed to be satisfied with their code experiments on the iPad in a virtual environment. This adds a whole new dynamic to learning code.

A new version of Swift Playgrounds has just become available that will support this capability.  This Fall a developer community is coming with dozens of channels that will contain fun challenges from leading developers and publishers.  Watching your code come to life in the real world is an exciting prospect.

A Child Can Do

At WWDC Tim Cook introduced us to a 10-year-old boy named Yuma from Australia who starting programming at age 6.  Yuma currently has five apps in the App Store.  This littler coder can be an inspiration to a new generation of programmers.