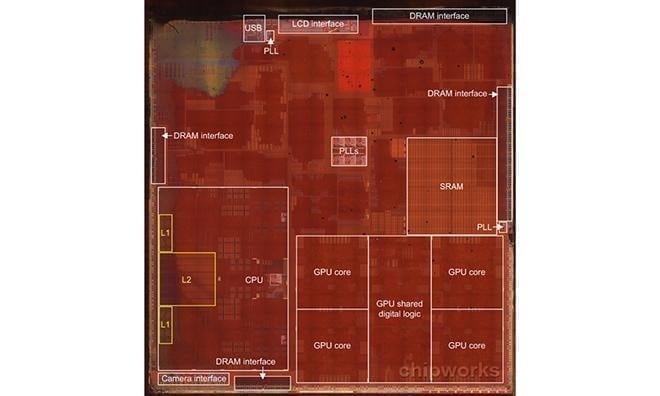 An American jury has ruled that Apple has used chip technology licensed by The University of Wisconsin-Madison without getting any permission to do so. The technology is reportedly being used in iPhone 5s, 6, 6 Plus and some versions of the iPad. The damages for such an infraction may also amount to a total of $862 million.

The jury in the case also held that the patent that is used to improve the efficiency of the processors of Apple’s devices was valid and enforceable. Though a possible number for the damages has been floated around it is likely that it may change in the future.

The Wisconsin Alumni Research Foundation sued Apple in 2014 under the infringement of the 16-year-old Patent. The Intellectual Property in question, U.S. Patent No. 5,781,752 for a “Table based data speculation circuit for parallel processing computer,” was granted to University of Wisconsin’s Dr. Gurindar Sohi. According to the patent claims, the ‘752 patent focuses on improving power efficiency and overall performance in modern computer processor designs by utilizing “data speculation” circuit, also known as a branch predictor’

The question put forward to the jury, in this case, was that whether the A7, A8 and A8X processors used by Apple in its device could amount to copyright infringement. Apple’s representatives had argued that the patent was not valid after unsuccessfully trying to convince the U.S Patent and Trademark Office to question its validity.

U.S District Judge William Conley, who is also presiding over Apple’s court dispute has stated that the company might be held liable for  $862.4 million in damages for the patent. The trial has been scheduled to proceed in three distinct phases under the guidance of  Judge Conley. The first stage pertains to liability, which has already passed. The second and third phases are damages and the question of whether Apple willfully and deliberately infringed the patent. This stage may lead to an increase in penalties as Apple cited the disputed property within its own filings and refused the Wisconsin Alumni Research Foundation’s request to license it.

The Wisconsin Alumni Research Foundation used the same patent to sue Intel Corp in 2008. The case was however settled on the eve of the trial.

The case is Wisconsin Alumni Research Foundation v. Apple Inc in the U.S. District Court for the Western District of Wisconsin, No. 14-cv-62.