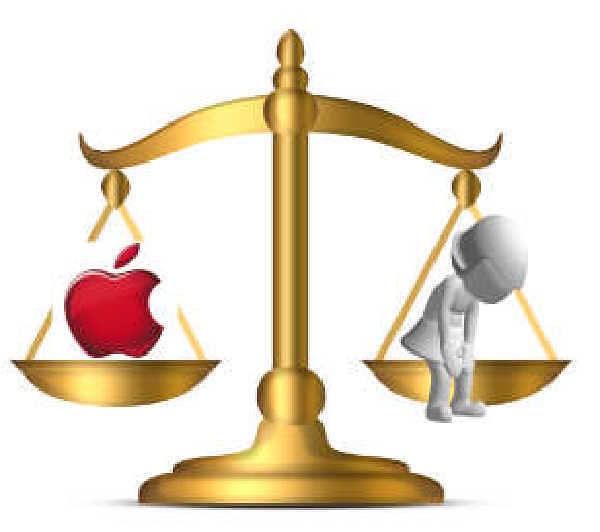 This is an opinion piece based on a hot topic that has surfaced recently. There has been a lot of buzz regarding iPhone 6 users who had their Touch ID on their iPhones repaired by third-party technicians who are not authorized Apple technicians.  These users are reporting an “unknown error 53″ message after the repair and after updating to the latest version of iOS.  We know this is serious since users with this error now basically own an $800 brick because their iPhones will not function at all.

Initially the Apple Store would tell users that there is nothing they could do other than sell them a new iPhone.  That would infuriate me if I was in that situation.  But in an effort to see this from Apple’s point of view, authorized technicians exist for a reason.

In light of the fact that Apple may be sued over this, begs the question, to what degree is Apple at fault here? The unknown error 53 is actually a security measure that prevents one from accessing data on the device after using non-Apple components for Touch ID.  There is a synchronized security key inside the chipset that prevents the iPhone from being used if the synchronization fails. There is an article on mobileswire.com that goes into this in more detail.

What I’m struggling with is, should the user bare some responsibility in this matter. If I own a Lamborghini and take it to a mom & pop auto repair shop, and the work that’s done creates more problems than it fixes, should Lamborghini be held responsible? I don’t think so. However, on the other hand, if the wealthiest corporation in the world, who’s customer base is generally loyal and have bought into the Apple eco-system and likely own more than one Apple product is valued by Apple, then perhaps Apple should offer to repair these devices. This would certainly be less costly than a court ruling that may not be favorable to Apple.  These are expensive devices and it seems totally unfair for Apple to lay the entire burden on its customers.

The opinions in this article are those of the author and not necessarily shared by CupertinoTimes.com.