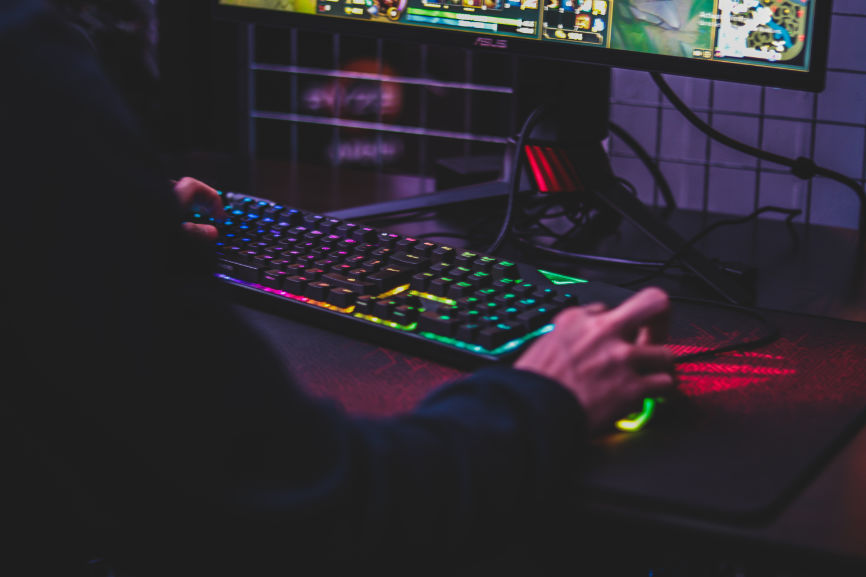 Photo by Axville on Unsplash

Accessibility has become a hot topic in the world of gaming and streaming. Unfortunately, a lot of the talk surrounding it is negative. There’s a major lack of representation in video games when it comes to characters with disabilities. Think about it – when was the last time you saw a main character or hero with some type of disability beating the odds and taking names?

Because streaming has become more popular than ever, the issue of accessibility continues to come up. In 2019, it was estimated that 740 million people would tune in to streamed gaming content online. Platforms like Twitch make it easy for viewers to watch and engage with their favorite players. Unfortunately, platforms like Twitch have been slow to keep their accessibility promises, and the company is now under scrutiny over things like inaccurate captions and a lack of community support for streamers with disabilities.

Thankfully, there are a few popular streamers who are changing the game – literally. While they may not be able to change game development, they can provide some representation in the industry. That can help to inspire the next generation of gamers who need more accessible content and platforms. The more gamers and streamers with disabilities who feel that inspiration, the more likely it is for things to change in a positive direction.

So, who are the streamers who are transforming the gaming industry? We’ll touch on a couple of them here. First, let’s review why accessibility is so important to the gaming world.

Why Accessibility is So Important

There are so many reasons people play and enjoy video games. There are also plenty of benefits, including:

But, it’s important for the people who play to be able to connect somehow. They need to be able to see some version of themselves on the screen to feel represented as a culture. There are already issues with a lack of diversity in the gaming industry. It’s no question that there is a lack of diversity when it comes to the “big names” of the industry itself. Thankfully, more minority groups are starting to take production and development roles. Hopefully, that means a more inclusive gaming experience in the future, so more groups can feel adequately represented.

Diversity is about more than just race and gender. It includes those who have a disability or require certain forms of accessibility to play or stream effectively. Many of those streamers have to work twice as hard to gain a following and create a viable business from their efforts.

People can make quite a bit of money on platforms like Twitch, but only if they are given the resources and equal opportunities to do so. It’s already often difficult for individuals with certain disabilities to make a living wage, which is why many apply for disability benefits when they’re self-employed. A streamer who earns less than $1,310 per month may be able to receive benefits from the government. But, with expert streamers on Twitch making $3,000-$5,000 each month, there’s no reason those who need extra accessibility shouldn’t be bringing in just as much.

One of the biggest areas where games and streaming services fail is helping the hearing impaired. As mentioned above, Twitch has come under fire for its lack of care when it comes to auto-generated captions. They’re so bad that many users have dubbed them “Craptions.”

Chris Robinson is aiming to change all of that. He started the Chicago-based company DeafGamers TV. Its goal is to bring deaf awareness to streaming and gaming companies. Robinson believes the biggest issue hearing impaired gamers face is a lack of captioning when it comes to dialogue and even basic storytelling. He believes that gamers should be having fun, not having to work extra just to play and be involved.

Robinson has advocated for deaf gamers for the last several years, speaking with developers from:

As a result, he’s had a hand in improving the accessibility of several games, including Assassin’s Creed Valhalla.

Some of the streamers advocating for accessibility are simply known by their gaming tags and/or avatars. Such is the case with BlindlyPlayingGames. He’s a blind streamer who has been playing games for years – well before losing his vision.

While BlindlyPlayingGames has continued to play and stream, he’s done a lot of it by using different mods to make it possible. Unfortunately, Twitch has come into question again, since it’s often the platform he uses to stream. Twitch doesn’t offer full accessibility for blind streamers. Because of that, something as simple as logging in can feel impossible for those with vision impairments.

Through his efforts to spark conversation about this type of accessibility, BlindlyPlayingGames was able to have a conversation with the developer of the Twitch dashboard. He’s hopeful that his concerns and suggestions will cause improvements to be made in the future. In addition to those changes, however, he’s inspiring people around the world – those with disabilities and without. He’s quick to answer questions about the community and talk about what needs to be done for there to be increased accessibility in gaming.

These two individuals are only a small example of what gamers with disabilities can do in the industry. As accessibility continues to be a popular topic, we’re likely to see more streamers step forward and demand changes so everyone can enjoy playing, streaming, and even making a living.

How To Live Well With a Disability

DisabilityGamersgamingStreamers
Previous ArticleTime To Build Your Own Transmission And Also Your Own WebsiteNext ArticleFamily Road Trip Safety Tips: 7 Things You Should Know