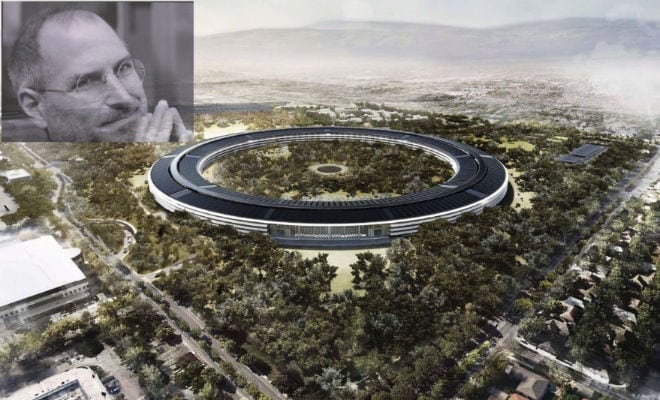 On September 12 Apple released new products like the iPhone 8, 8 Plus, iPhone X, Apple Watch series 3, and Apple TV 4K.  But another launch was taking place that day. The official opening of Apple Park also known as Apple Campus II.  We have written articles and shared videos from Matthew Roberts and Duncan Sinfield of this project at various stages of its construction. This is probably the biggest project Apple has ever undertaken. Apple Park is an amazing complex, not only for the size of the main building but for the entire concept.

The new Apple Campus sits on the land that was once Hewlett Packard’s campus.  The land alone cost $160 million and the final cost is in the billions. Some estimates say $5 billion.  The British architectural firm Foster+Partners were the architects of this unique, massive building with a circumference of more than a mile.

Self-contained, energy efficient and environmentally friendly were priorities in the original design and reflected in the finished project. Solar panels provide the energy. 7000 trees, an orchard, a meadow and a pond, as well as the open-air design, provides the bond with nature. A beautiful piece of architecture that will house 12,000 Apple employees. 100,000 square feet fitness center for employees and 300,000 square feet of secured R&D space is also provided. Trails and jogging paths and 1000 bikes are available to employees to get around the campus.

In addition to the Steve Jobs Theater that we all got a good look at during the September 12th event, there is a Visitors Center with an Apple Store and cafe that is open to the public. I am looking forward to visiting it during my next trip to Cupertino.

Steve Jobs was recorded when he revealed his plans for Apple Park at a presentation. It is an interesting listen. The recording provides the soundtrack to an aerial video of the completed Apple Park. Listening to Jobs while looking at the completed project years after his passing produces a mix of emotions ranging from sadness to inspiring.  Steve’s legacy lives on and he will always be with us. Enjoy this video posted by California Phantom.