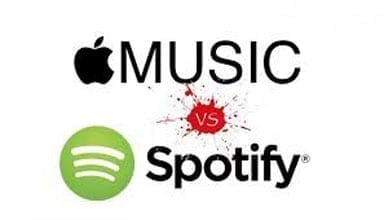 Well, that’s it, folks. According to newest reports from Europe, The European Commission has failed to find Apple guilty of anti-competitive practices. Apple was suspected of colluding with music labels to prevent and stop free music streaming services. (Like those provided by Spotify)

This seems to be very good news for Apple since The European Commission is well known for its tenacity in pursuing claims of Antitrust practices against major technology and IT companies. (Google and Microsoft may be able to attest to such behavior)

According to four major sources, it was considered in the probe whether the music labels conspired with Apple on Apple Music in order to effect the business of its major rivals. The major issue under scrutiny was whether the additional charges, a 30% levy on subscription services, added by Apple are anti-competitive because these charges were costing other services $3.00 more than usual. Other restrictions placed by Apple were also considered which were suspected to stifle free offerings from competing companies which use the advertisements on free services to persuade its users to move to the paid tier. It is rumored that Spotify had urged the European Union to initiate the investigations before the release of Apple Music.

The investigation was launched ahead of the release of Apple Music. European regulators sent questionnaires to major labels like Universal Music Group, Sony Entertainment and Warner Music Group which inquired about the details of their dealings with Apple on licensing matters.

Mlex was the first source to report the findings of the probe. However, the European Commission’s file on Apple Music will remain open in the face of licensing negotiations between Spotify and music labels.

In other similar news, The Federal Trade Commission of The United States of America is also looking into the matter at the home front.

Apple Music has been quite popular with consumers if reports are to be believed. According to Mr. Eddie Cue, Vice President of Internet software and services at Apple, Apple Music had an estimated 11 million subscribers in the first month following its release. (This seems to be quite a feat when we consider the fact that Spotify, a music streaming service that has been around for 7 years, still has only about 20 million paid subscribers.) The true test of Apple Music’s popularity will indeed be that how many of said subscribers pass on to become paid subscribers once the free trial of the application ends.