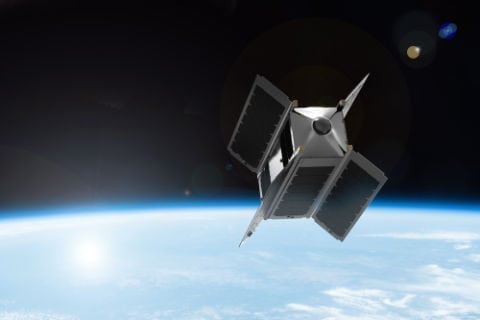 SpaceVR is the world’s first virtual reality platform founded in 2015 by Ryan Holmes. It allows earthbound users to experience space firsthand, virtually on their mobile phones, desktop or any virtual reality device.

None of us would probably ever deny the opportunity to go to outer space and see our world from afar. Sadly, not all of us get to go to space as it is not viable. This is the motto behind the forming of SpaceVR. They don’t actually take us to outer space but they give us the next best thing. A virtual reality experience in which we get to observe the Earth and surroundings as an astronaut would.

SpaceVR is sending the Overview One to the observation deck of the International Space Station. This is a virtual reality camera designed for outer space. The 4 camera system records footage with a resolution of 16k. The footage is stored on SD cards and sent back to Earth rather than compressing it and relayed in order to preserve the quality. This is connected to a 1 TB solid state drive, which makes up for its compact size.

SpaceVR doesn’t stop there. Even though that is a new form of entertainment in itself, the company plans to go many steps further. Their mission is to send robots into outer space that will be controlled by VR headset and controls back on Earth. This may sound like science fiction but it is very much possible and we might very well see it happening in the next few years.

The CEO, Ryan Holmes believes that this is the next step to exploring planets as we cannot send people on suicide missions to far off planets, we can, however, send robots. Even though he hasn’t perfected it yet and has demonstrated a few robots making tacos and scooping ice creams to give a better understanding of his vision.

“We were focused on 2018, but we felt like we needed to put more resources and focus more heavily on our crew program and our Falcon Heavy program. So we’re looking more for the 2020 timeframe for that,” SpaceX president Gwynne Shotwell said at a launch conference earlier this year.

Holmes has set a target of deploying 10 million robots by the end of the decade. This may seem over ambitious but companies are working on different sensors that transmit the sense of touch over long distances. Once that has been perfected, his goal is very much reachable.

“We are automating all human tasks. Taking a different approach than all major companies. Our general purpose avatar, Human, was just demoed last week doing tasks in SF, controlled by me from Mexico City,” wrote Holmes in an email “First we’re going to undercut all labor prices by powering Human with low cost labor. Skipping all the major hurdles of perfect AI that all AI companies are facing. As these jobs are performed, we will introduce automation blocks one task at a time using the data gathered from the tasks being performed until all human tasks are automated.”

Even though it sounds hard to believe, we will know for sure in the upcoming years of what is to come and what we can expect.

Overview OneSpaceVRVirtural Reality
Previous ArticleA Personal Decision – Do I Need The iPhone X?Next ArticleWhy The Big Fuss About Google Drive And Its Next Step?