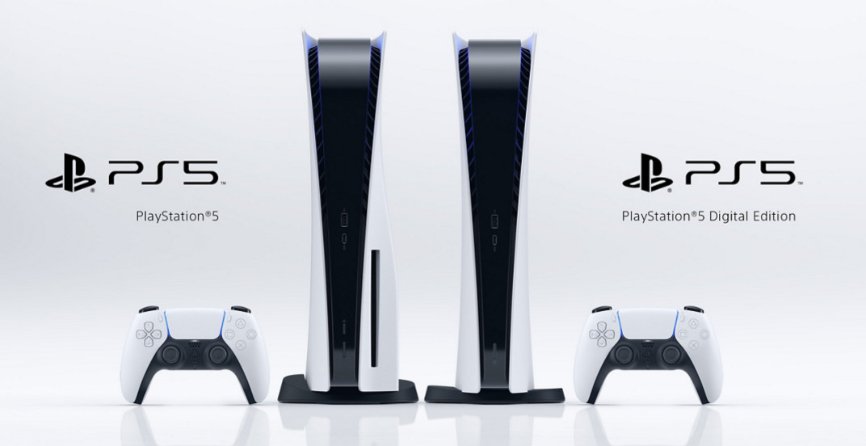 We all know that the latest generation of video game consoles is arriving at the end of this year, but we’ve been waiting months to find out exactly when we’ll be able to get our hands on either the latest PlayStation from Sony or the newest Xbox from Microsoft. Both companies have pledged to make their new toys available by the end of 2020, but we’re rapidly running out of months in the year, and there’s still no concrete release date available for either machine. Now at least one of those companies might be edging closer to lifting the lid on their new hardware because Sony has opened itself up to PlayStation pre-orders. There’s a catch, though, and registering for a pre-order doesn’t necessarily mean that you’ll actually get one.

Starting this week, the company is making a ‘limited’ number of PS5 consoles available for pre-order. There’s no word on exactly how limited that number might be, nor any guidance on how likely any individual applicant might be to receive a console by pre-ordering one. Based on the wording of the company’s announcement, though, it seems that it might be unlikely that you’ll be first in line if you’re a casual gamer. The FAQ page on Sony’s website clarifies that while anybody is free to complete the application form and register their interest with the company, invitations to pay for and receive a console will be given out based on ‘previous. PlayStation activities and interests.’ That sounds to us like priority will be given to those who already have a PS4, and probably those who spend the most time on their PS4 (and give more money to Sony in the process).

Should you be lucky enough to receive an invitation to apply, you’re still not guaranteed to end up with a new PlayStation at the end of the process. With limited stock available, responses to invitations will be dealt with on a ‘first come, first serve basis, and once the stock is gone, there will be no more consoles made available until the general release date. That means that if you do receive a positive response, you should act on it immediately if you want to be one of the first people outside of playtesters and reviewers to find out what Sony has been working on for all this time. Initially, it appeared that the offer was limited to the United States of America only, but it’s since been confirmed that players in the United Kingdom can also apply, and the offer may also cover other countries in Europe.

While this is a positive move and should be taken as a sign that Sony is getting closer to giving us a definite release date, it should be noted that there’s still a significant lack of details available. Sony has not yet confirmed when the pre-ordered PlayStations will be shipped, and nor have they confirmed how much their flagship product will cost. Industry insiders think that Sony and Microsoft are holding off on announcing specifics in the hope that the other company will make the first move, which would potentially allow one to undercut the other on price, or on games or other hardware that are supplied with the console. You might find that your application is successful and you receive an invitation to place an order only to find out that the price is higher than you were expecting. At the same time, though, receiving an invitation isn’t a requirement for you to follow up with a purchase, so there’s no harm in finding out.

This fifth PlayStation console is arguably the most important that Sony has ever released in terms of getting the launch right. It faces more competition than it ever has in the past, and Microsoft is no longer the only company that Sony has to worry about when it comes to competition. The two companies have been used to battling out the so-called ‘console wars’ between themselves for the past decade, with Nintendo’s consoles pushed into a distant third place. This time around, there are new faces on the block, and potentially a whole new era of gaming is about to begin – one that doesn’t involve players having to buy a console at all. We are, of course, talking about Google and its Stadia platform.

Stadia got off to a rough start in late 2019, with a lack of games available for the new format and performance issues reported across the world. Since then, things have improved, and the product – and the idea behind it – is beginning to gain a foothold in the market. Stadia is to video gaming what online slots websites were to casinos. Traditional casinos found themselves having to rethink their entire business models when online slots websites appeared because online slots broke the link between casino games and casino buildings. If a player can sit at home and have the choice of several hundred games like Fluffy Favourites online slot on an online slots website, they have less reason to go out and visit a casino in person. In the same way, Stadia offers players the chance to play almost every brand new big-name video game wherever they are, and on any screen, they choose, without needing to own a physical copy of the game, or a physical console to play it on. Streaming high-performance games through the internet wasn’t possible when the PS4 and Xbox One were released because the average internet connection wasn’t fast enough, but times have changed since then, and what was once impossible has become possible. It’s likely that both Sony and Microsoft will have to adapt and change to this new threat. It’s even possible that this may be reflected in the price of their new consoles.

We’ll leave speculation about the long-term viability of traditional video game consoles for another day. For now, the headline news is that Sony has invited you to register your interest in buying a PS5 if you wish to do so, and dangled the carrot of possibly receiving the console before any of your friends do. If that idea appeals to you, and you’re prepared to throw down a few hundred dollars at a moment’s notice when the invitation appears, now is the right time to visit their website and tell them you’d like to play – and also to cross your fingers and hope that your PlayStation track record is strong enough for you to be considered!