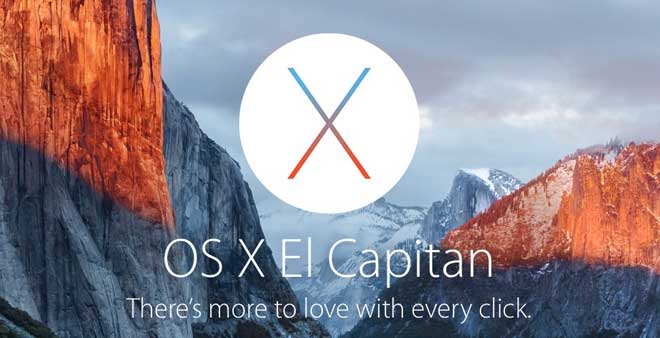 Earlier this month, The Cupertino-based company released the golden master version of their newest desktop OS (operating system), which is well-known among developers as the OS X10.11 EL. The operating system will officially be available to the public today,  September, 30th, but reviews for this latest desktop OS have already started flooding in. It seems to be that the general consensus is that although the new OS doesn’t bring any massive upgrade, its subtle enhances in functionality are enough to convince any Mac user that it’s a must get.

The ‘Verge’ discussed how the OS X El Capitan made many small quality of life changes, improving the overall experience without making much noise. The addition of these small features that users can usually get from third party software allows the less “tech savvy” consumers to access the full power of their Macs.

“El Capitan takes the sorts of things that experts have been doing with third-party apps and utilities for years on the Mac and builds them right into the OS. Spotlight is becoming more than just a simple file search box. Window management is becoming easier. Notes is more than just a raw text box. Most of it left me nonplussed because all of these things didn’t feel new and different to me — I’ve been finding ways to fix all of those problems for years with third-party apps and add-ons. But with El Capitan, Apple’s made the learning curve you usually have to climb to become a “power user” (whatever that is) much more gradual.”

Praising its increased security, ‘Macworld’ called OS X EL Capitan a must get. OS X EL Capitan has been appreciated because of the ease of access and little user intervention. This release will probably mark the end of over- the-top system improvements since subtle evolution seems to be working much better in this case.

“Should you update to El Capitan? Unreservedly yes—I’ve found it to be stable, it’s free, it’ll download and install itself on your Mac with nearly no intervention, and it’ll bring with it improved security, speed, and functionality.

The days of dramatic operating-system updates are over. El Capitan is as solid as the giant granite monolith that towers over Yosemite Valley. Upgrade, and get an improved Mac. It’s really that simple.”

‘Engadget’ was all praises about the OS X El Capitan, saying it was a modest update.’ Engadget’ gave it a much deserved, whooping score of 87/100.

“While Apple promised third-party extensions when it first unveiled the new Photos app earlier this year, extensions won’t actually be available to download until tomorrow. Extensions can be downloaded from the Mac App Store, either bundled with an app or distributed on their own. Although some developers, like the folks behind Pixelmator, have gotten a head start, most developers are only just getting the chance to access these tools for the first time. So, we should be seeing more extensions hit the App Store as the season wears on. Personally, as an Engadget editor posting lots of hands-on photos, I’d really like to see one for batch watermarking.”

It is highly recommended that Mac users upgrade as soon as plausible and judge for themselves.