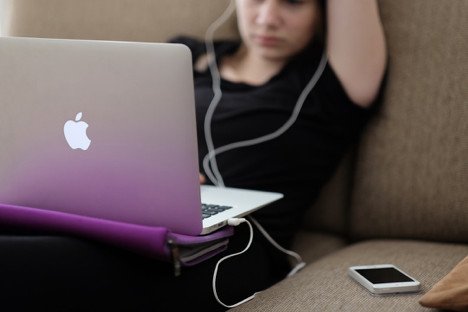 Is Getting Rid of Cable Right for You?

Thinking about cutting the cord? Read on to learn if getting rid of cable is right for your TV watching needs!

In 2017, more than 27 million people decided to cancel their cable TV service. In 2018, more than 33 million more people were expected to join them.

On the surface, it might seem like cable TV service is better than ever before with more channel options for those watching at home. But in reality, it appears as though Americans are sick and tired of paying exorbitant prices for cable without getting a good return.

Are you thinking about getting rid of cable in your home? There are so many reasons why it’s the right decision for the average homeowner.

Here are some of the things that’ll let you know it’s time to cut the cable cord once and for all.

You Spend Too Much Money on Cable Every Month

Studies have shown that most people pay about $85 per month for cable.

Initially, that might not seem like too steep of a price to pay for access to hundreds of TV channels. But more often than not, people also pay for internet service and home phone lines through their cable providers.

As a result of this, it’s not uncommon for people to pay upwards of $200 or more for cable/internet/phone bundles. And that price can be too much money for some American families to take.

If you’re currently paying $200 or more to your cable TV provider every month, getting rid of cable is quick and easy to start saving money. You could potentially save yourself hundreds and, in some cases, even thousands of dollars every year by cutting your cable cord.

You Don’t Watch TV Much When You’re at Home

The average American watches just over five hours of television every day. They watch a combination of live TV and shows that they’ve added to their DVRs during that five-hour time frame.

That number might sound high. But it’s actually a lot lower than it was just a few years ago.

In fact, people watched about 20 minutes of TV more per day in 2014 than they did in 2016. And if that trend continues, most people will be watching less than five hours of TV every day before long.

Do you find that you don’t watch as much TV at home today as you did in recent years? That could be reason enough to cut the cable cord. You might be surprised by how much you don’t miss cable once it’s gone.

You Only Watch a Few Channels When the TV Is On

If you’re like most people, you have more than 200 channels available through your cable provider at the moment. But how many of those channels do you actually sit down and watch during the course of a month?

According to a Nielsen study that was conducted in 2016, most Americans only watch about 20 TV channels throughout any given month, which represents less than 10 percent of the available channels.

Sit down and put together a list of the TV channels that you watch regularly right now. There’s a good chance that you’re only watching a small portion of the channels that are offered to you. It could be an indication that you need to get rid of cable.

Are you obsessed with all of the TV shows and movies that the various streaming services have to offer?

If so, you probably spend more time watching them than you do watching cable TV. You may have even reached a point where you stream shows and movies almost exclusively and never turn your cable on.

If this is the case, there is no point in having cable TV, is there? You could easily make do without it while still providing yourself with plenty of entertainment options.

You’ve Realized There Are Better Options Than Cable

There are some people who continue to pay for cable each and every month simply because they’re under the impression that it’s their only option. They mistakenly believe that they need to have cable if they want to have access to live TV.

But this couldn’t be further from the truth!

You can watch live TV by installing an antenna in your home. You can also do it by utilizing what’s called IPTV.

IPTV is short for Internet Protocol television, and it allows you to get access to thousands of TV channels, thousands of TV shows and movies, and so much more right through the internet.

Best of all, IPTV is a lot more affordable than cable TV and doesn’t require you to hook up boxes all over your home. It’s already proven to be a better option for many homeowners and should continue to grow in popularity in the coming years.

You’re Just Not Happy With Your Cable Company

At the end of the day, your No. 1 reason for getting rid of cable might be that you’re just not happy with your cable company anymore.

There are more than 400 cable companies scattered across the country right now. That means that you could cut ties with your old cable company and find a new one if you want.

But why do that when you could save yourself money every month and find a better option that doesn’t involve cable? Getting rid of cable is something that millions of Americans have already done, and it’s something they’re likely going to continue to do as we move forward.

Getting Rid of Cable Might Be the Right Move to Make

If you’re happy with your cable TV service right now and feel like it offers plenty of value to you, you’re more than welcome to keep it. Getting rid of cable isn’t for everyone.

But if you’re not happy with how much you’re paying for cable every month or if you’re not thrilled with the service you receive from your cable company, you should think about cutting your cable cord today. It might turn out to be the best decision you’ve ever made.

Read our blog for more information on how the reign of broadcast TV could be coming to an end soon.