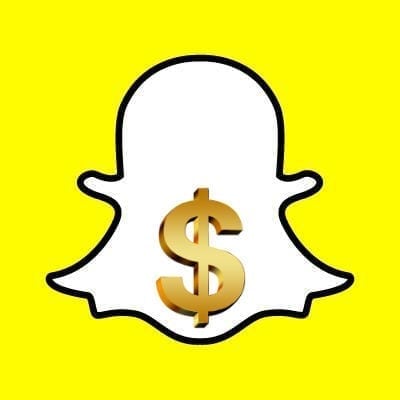 How does Snapchat Make Money?

Almost everybody around the globe is on some kind of social website these days. Snapchat, that was launched back in 2012 has gathered around 200 million followers in the short time of 4 years. They have made a permanent name in the social media family.

Snapchat has been valued to be around $20 billion by private investors. Anyone who uses Snapchat wonders how they generate revenue in the first place. It’s not a paid app and you almost never see any ads on it. Let us take a look on how Snapchat actually generates its revenue.

Snapchat has developed a branded geo-filters business, which presents individuals and businesses to purchase filters inside Snapchat’s popular stickers section. For example, the recent X-Men: Apocalypse film paid to have branded X-Men filters take over Snapchat in the run-up to its launch.

Snapchat also has the function that allows users to purchase sponsored filters covering small areas on the map. Another feature was launched by Snapchat back in 2015 known as Discover. This allows major media platforms to display their content in the form of short videos that are available to all its users.

It is not clear how much revenue each of these features generates. According to the reports, Snapchat is doing very well for itself. It is reported that Snapchat earned $50 Million in revenue in 2015. According to a report by a private investor to TechCrunch, Snapchat has told its investors that revenue ranging from $250 to $350 Million is expected in the year 2016 alone. These are outstanding figures for the company that only started a few years back.

Snapchat recently changed its corporate name to Snap, Inc. The company’s revenue is less than $1 billion; it qualifies to file IPO documents confidentially with the U.S. Securities and Exchange Commission. The CEO Evan Spiegel believes that it is the right time to take the company public.

This is not just a rumor as Snapchat has already chosen the bankers for the initial public offering. The Snapchat IPO will take place in the near future. Experts say it will happen within the first quarter of the next year. The shares would be made available to the public by March.

Morgan Stanley and Goldman Sachs Group Inc. will lead the offering and were notified of their role early this week, said the people, who asked not to be named because the information isn’t public. JPMorgan Chase & Co., Deutsche Bank AG, Allen & Co., Barclays Plc and Credit Suisse Group AG will also be involved as joint book runners, as told by the sources that are not named yet. Mary Ritti, a spokeswoman for Snapchat, declined to comment on this, as did representatives for Goldman Sachs, Credit Suisse, Barclays and Deutsche Bank.

A Snapchat IPO is huge news for investors. It will be the largest social media IPO after Twitter Inc., which took place back in 2013.