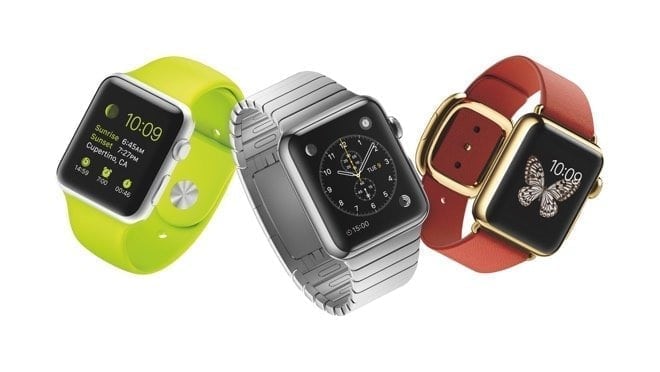 A new report from Strategy Analytics shows that the sale of Smartwatches has overtaken that of Swiss-made timepieces in the market. They claim in the report that over the latter half of 2015, a total of 8.1 million smartwatches were shipped, with 7.9 million Swiss watches being shipped. For all combined smart watch shipments, Apple and Samsung were at the front of the pack. Apple’s Apple Watch presided over 63 percent of the market, which can be converted to 5.1 million units while Samsung held 16 percent or 1.3 million units.

With the number rising to 8.1 million smartwatches in the last quarter of 2015, that make 316 percent increase over the number of units sold during the holiday season last year. The debut of the Apple Watch can clearly be seen as being a major factor in this surge of interest, as Android manufacturers and companies like Pebble didn’t have competition from Apple back then. In the last quarter of 2014, 8.3 million Swiss watches were shipped, and it can be seen that shipments fell by 5 percent year-over-year to the 7.9 million shipped in the last quarter of the previous year. The report points out that smart watches manufactured by Swiss companies, like Tag Heuer, held only 1 percent of the market share.

“The Swiss watch industry has been very slow to react to the development of Smartwatches. The Swiss watch industry has been sticking its head in the sand and hoping smartwatches will go away. Swiss brands, like Tag Heuer, accounted for a tiny 1 percent of all smartwatches shipped globally during Q4 2015, and they are a long way behind Apple, Samsung and other leaders in the high-growth smartwatch category.” said Strategy Analytics executive director Neil Mawston.

Back in the second quarter of 2015, the Apple Watch had held 73 percent of the market share. There have been rumors flying about that the a next generation Apple Watch could be in the works, with a release sometime this year.