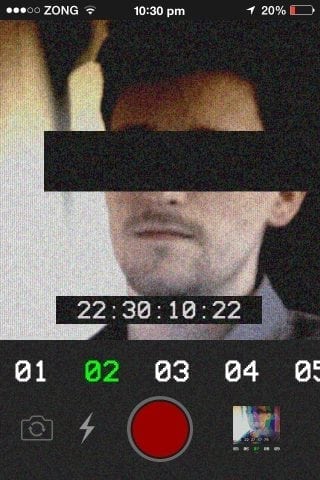 While, as a concept, the act of taking a portrait of yourself with your own camera has existed for well over a century, it only gained serious popularity in the last couple of years especially since Ellen tweeted the famous Oscar selfie. The folks at Gliche, Ltd. apparently don’t like selfies, since they have made an entertaining free anti-selfie app that we would like to discuss with you today.

Personally speaking, I do not mind selfies. I mean, yes, it is kind of obnoxious to be taking your own photos all the time, but the fact of the matter is, selfies (especially in groups) are often the most memorable photos from any album. Because of the limited field of view, everyone is forced to fit in tightly together resulting in intimate, casual photos.

Still even if you are pro-selfie, SLMMSK is worth checking out. I found it highly entertaining. 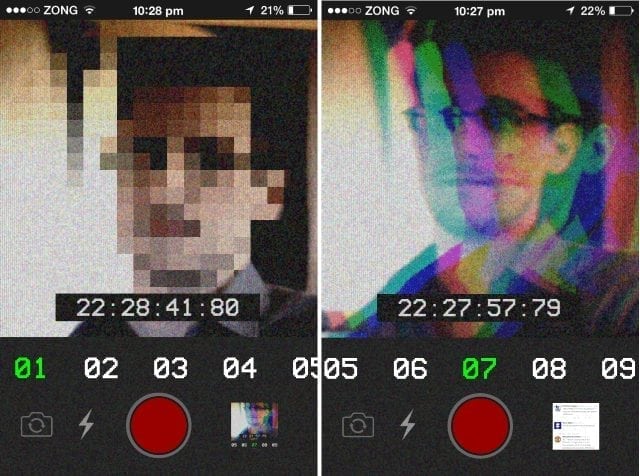 SLMMSK uses facial recognition to track your face within the viewfinder, and apply real-time filters over it. The list of filters include simple pixelations, disorienting 3D effects, a black tape effect (the sort used in TV shows to censor foul language), and lastly an effect which places an emoji of your choice over your face. I found the last one to be the most delightful of the bunch. It is an interesting alternative to sending a simple single emoji over, say, WhatsApp to your friends.

I tested SLMMSK on an iPhone 4S. The app isn’t too stable, but then again I am running it on an old phone. It would just slow the phone down to a crawl after running for a few seconds especially Effect #4 (emoji). The app page itself clearly states it is optimized for the iPhone 5 (and later models). It is well-designed overall, but I did not understand why it does not come in English language. Maybe it is on purpose, but the usage of what appears to be Russian + Arabic is unreadable for the vast majority of users. Hopefully Glitche’s developers will include support for English in the next update. 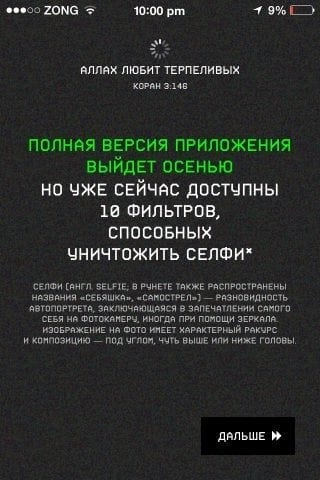 SLMMSK is available as a free app for all iOS devices running iOS 7.0 or later. It is not optimized for iPads, however.

Be sure to let us know what you think of SLMMSK in the comments section below.