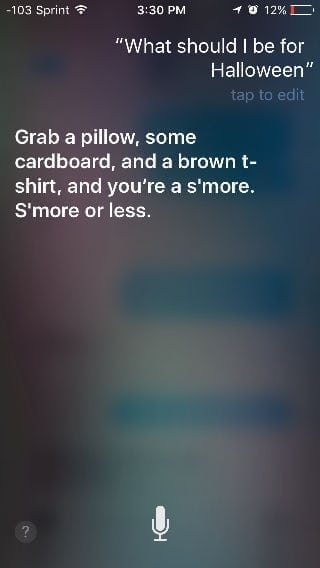 Siri Will Pick Your Halloween Costume

With the Halloween season reaching its peak, it’s inevitable that Apple would join in on the party. Probably one of the most asked questions that people have during this time of year is “What Halloween costume am I going to wear for Halloween?”. Thanks to Apple, Siri has an answer for that question using her wondrous intelligence.

Siri has given us many surprises over the years but none of them will ever top her response to “What is zero divided by zero?”. For those who don’t know, her response is, “Imagine that you have 0 cookies and you spilt them evenly among 0 friends. How many cookies does each person get? See, it doesn’t make sense. And Cookie Monster is sad that there are no cookies. And you are sad that you have no friends.” Well, that escalated quickly.

SIRI Has An Answer

Anyways, this Halloween season, Siri has an answer for that dreaded question you ask yourself every year. Of course, her answers are a bit geared towards those with a bit of technological knowledge. Others are just funny, or a pun, or a combination of these. One of her responses reads, “You could place a calendar on your head and go as an update.” Another reads, “Jump up and down, over and over, and shake your fist. You can tell people you’re antigravity.” Some of them are a little more sincere such as, “Just be yourself.” or “Whatever you’ve always wanted to be.” 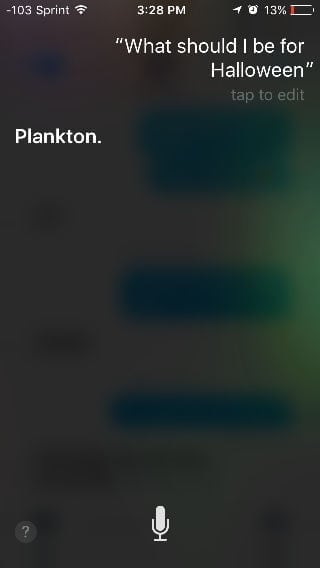 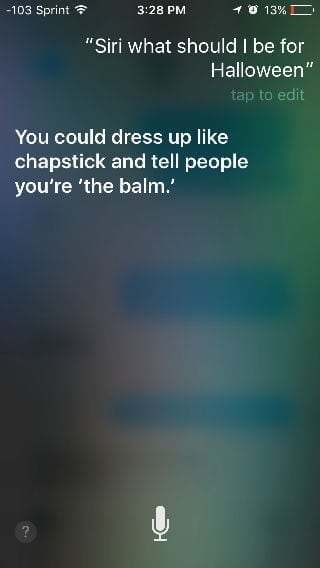 Personally, my favorite one, and the one that probably answered that question the best is, “Grab a pillow, some cardboard, and a brown t-shirt, and you’re a s’more. S’more or less.” So there you have it. Now you know what I’m going to be for Halloween. Thanks, Siri.

Whatever you want to be this Halloween, just ask Siri. Picking a Halloween costume has never been easier. Maybe she will inspire you. You never really know. Or maybe you’re just lazy. 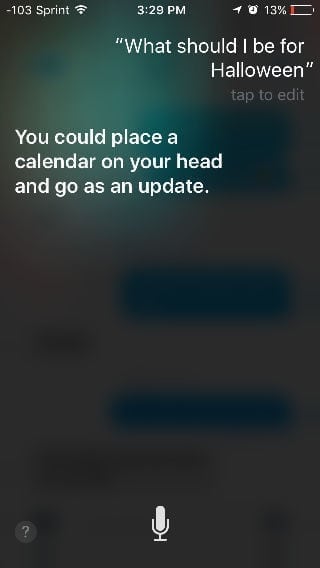