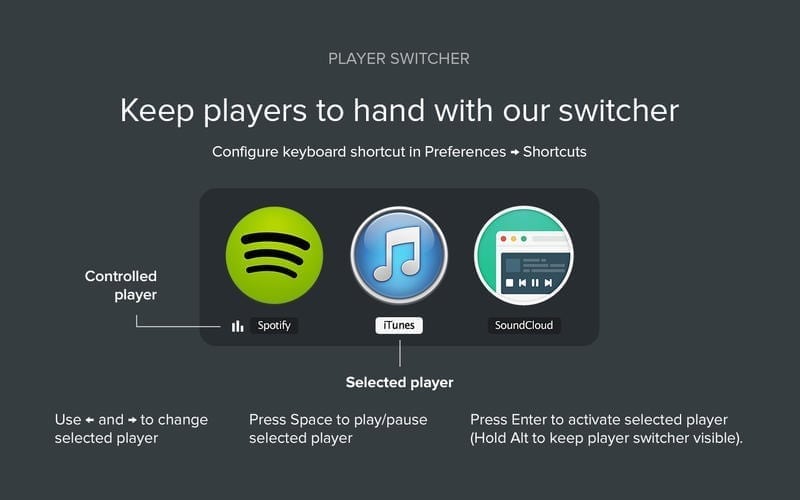 Music has always been recognized as a very important area for product development. Much more so by Apple, a company which bounced back thanks to its revolutionary music related product the iPod. The iPod can certainly be included in the biggest music products of all time. Since then music or media software has also emerged as a promising and significant focused industry. Today we can listen to music on Soundcloud, Youtube, iTunes, Pandora, Spotify, Rdio and others. Too much choice has made things complicated but Simplify for Mac simplifies controlling all your music everywhere. 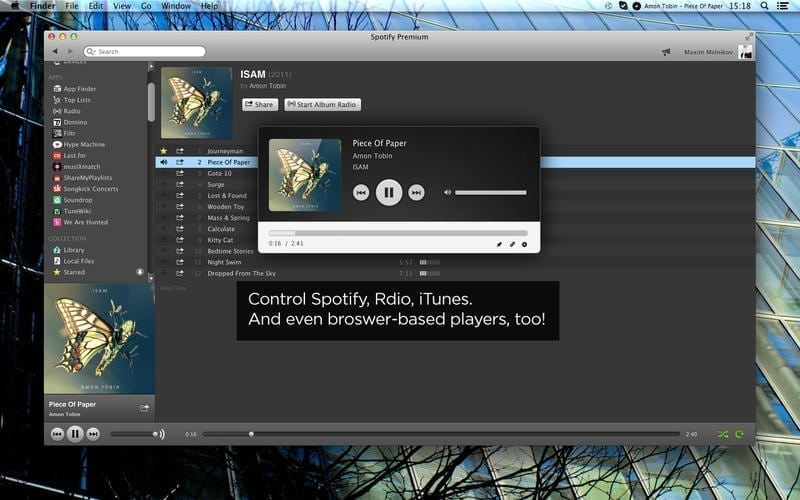 It promises to be your music assistant which you would consider having amidst such confusion. You can use the app to easily access music controls from an array of sources. You are quickly able to play, pause, skip tracks, seek tracks, adjust volume – do generally anything while listening to music using Simplify. Simplify lets you do this using your menu bar, desktop, keyboard, iPhone or Apple Remote. Another great feature is that Simplify allows you to even change players without unhiding them.

An instant mini-player comes with the app that is a wonder. All music sources can be controlled with this little window while your music players or webpages, like Soundcloud, can stay hidden. It eliminates the need to navigate to these sources for something like knowing what is playing, pausing or skipping.

Simplify enables you to control the music you are listening to right from your keyboard if you install its preference pane. All commands, like setting volume, to music players will then be given by your media keys. They have also added considerable support for Album Artwork. It is pretty great the way currently playing tracks and their album covers are displayed right on your desktop.

Also included in the box is a player switcher which can be used to move between multiple players. Other features include Last.fm ‘scrobbling’ using Simplify, menu bar indicator, native OS X notifications and auto launching with chosen players. You can also use remotes to control Simplify even over networks. Simplify is smart enough to automatically pause your music during Skype calls. There are obviously widgets in Simplify which make it possible to share to social networks.

All in all Simplify is a great piece of software that is already the number 1 music app in countries such as the U.S and Netherlands and is available for $4.99.