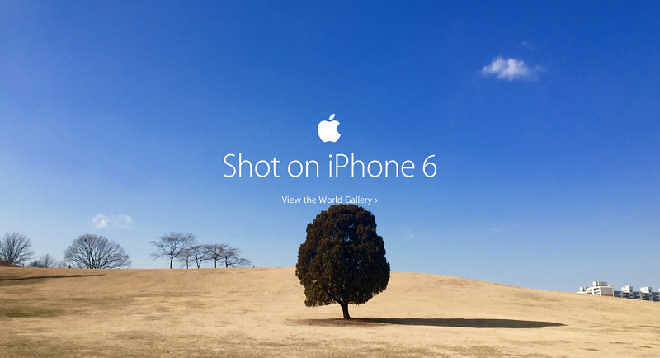 Billboards are starting to go up which feature images taken with cameras from the iPhone 6 and 6s plus. This is a popular and totally crowdsourced campaign named ‘Shot on iPhone’, which can be attributed to a brilliant bit of marketing. Apple has even launched a world gallery to showcase the images being produced by that campaign. The gallery includes 53 photos from 41 photographers that will be featured in 85 cities in 26 countries around the world.

The images are taken from the media feeds of various people from all walks of life. While some of the images are captured by professional photographers most are taken by ordinary people to showcase the world around them.This time around the focus of the photos is on portraits of people living everyday moments. The concept was launched last March with the iPhone 6 and the work was displayed on the world gallery online. Ad placements and billboards followed soon after. The campaign won multiple Cannes Lions for the company and their PR partners.

The phones use a single processor to speed up photo capture for an all-new 12 megapixel iSight camera with an Apple A9-powered image signal processor. This iteration is the most advanced iSight camera yet, and is the first iPhone to include optical image stabilization, previously unavailable. Both iPhone 6-series also possess something which Apple calls “Focus Pixels” —which give it the ability to capture slow-motion video at 240 frames per second.

An offshoot in the form of a video campaign may also be in the works. The footage could be to show off the ultra high resolution 4k video. Apple has yet to post any additions to the world gallery but we should expect something new very soon.

Following ‘Shot on iPhone’, ‘The Start Something New’ campaign by Apple is another initiative to show off the capabilities of their technology. Works of art made using the iPhone 6s, iPad Pro and Apple Pencil and Mac within readily available software in the devices.