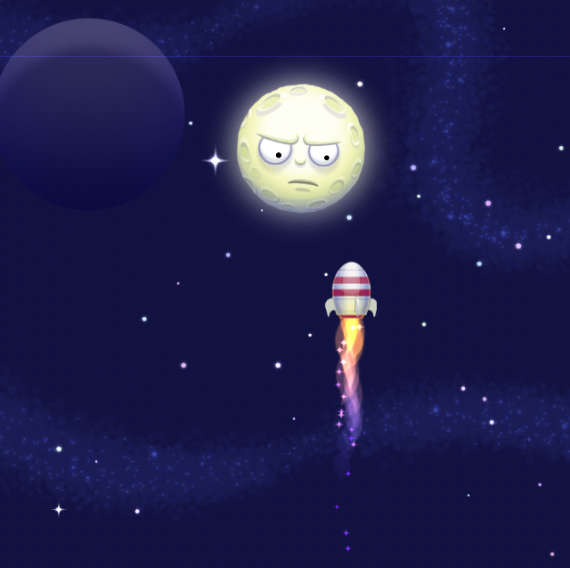 A game can always have a little of everything. It can be creepy, funny, cute, scary, simple, challenging, and maybe just neutral. But sometimes you find a game with a really unique personality. 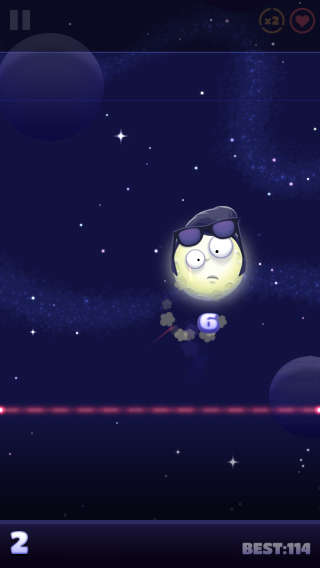 A game’s main goal is to appeal to the user, whether through comedy, scare, or through addiction. aThe moon begins to shoot out little meteor friends that cannot be hit or else the game is over. This moon starts to sing and talk to you. I find it kind of creepy for the moon to have emotions and to get mad at you when you hit it. The background music doesn’t help either. The score that you get for each hit depends on how far the moon was from the Earth (the bottom of the screen). You can also change the faces of the moon (such as BatMoon). There are two modes, Classic and 60 Second Challenge. The 60 Second Challenge is a timed game where you have to pass a specific amount of points in one minute. The only thing different is that you can shoot as many times as you can, even if you miss. 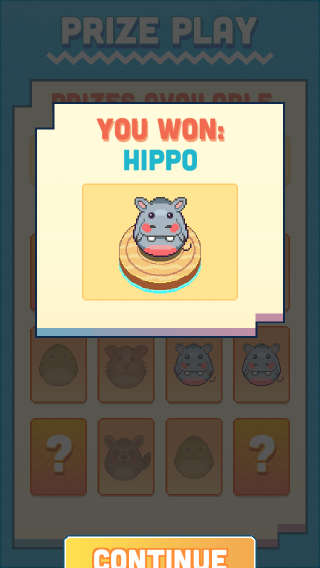 Having a similar concept is Hop Shot. Hop Shot is a retro, oldie-type game with Pokemon-type graphics. The object of the game is to let go of the growing arrow at just the right time so that your character lands on the next island. These characters vary from Dogs to Pandas. I personally find the Panda to be my favorite. They are all very cute. The islands can vary from icebergs to coins. Sometimes, they become moving objects, therefore making you experiment with your timing. In-app purchases include those of buying coins and removing ads. These coins, although mostly given through daily bonuses, can be traded for a chance of getting a new character. When you are to get a new character, you flip cards over with their faces. The first 3 that you flip that are the same as the new character that you receive.

Both these games are available for free on the App Store. Make sure to check out more games by their developers and check back for more mobile game reviews.