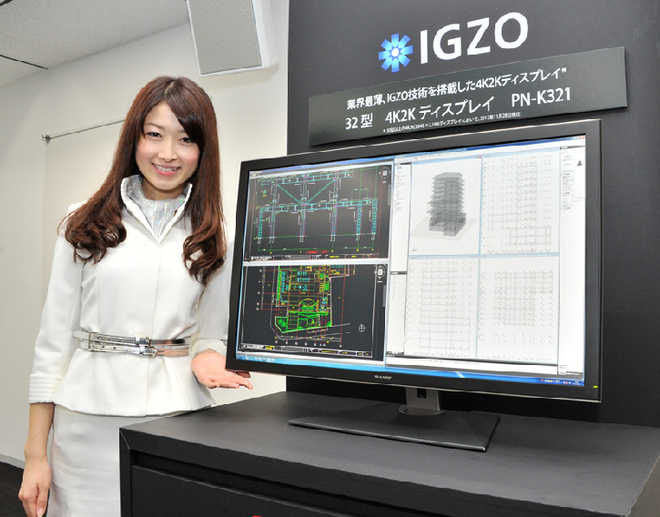 Apple’s consumer electronics supplier, Sharp, is about to begin the mass production of Super IGZO panels for mobile devices. The panels will have a higher resolution than LED panels and will consume less energy than other Displays. The panel is expected to bring about as much as 20% decrease in the company’s standard IGZO panels. Even though the standard IGZO panels use only bout 1/5 the power used in LCD’s, it still looks like the company is looking to cut even more energy consumption. The Super IGZO panel will use an improved and better version the IGZO oxide Semiconductors already used in the normal IGZO panels.

The Super IGZO panels will start mass production by early 2016 if reports are to be believed. They will be made at the Kameyama Plant No 2 located in Mie Prefecture. The company is looking to replace “some unprofitable television panels” with the new panels.

As Sharp’s LCD business continues to be at a loss the company is trying to keep its head above water by “working on mass production technology to boost the yield rate”. We are still not sure if this decision made by Sharp has any relation to Samsung’s increase in investment in it’s profitable AMOLED production and Apple’s rumored switch to AMOLED panels or the iPhone. Another Apple supplier LG is also building a huge $4 billion facility in order to begin mass production of OLED panels for use in tablets and smartphones by 217 or 2018.Nevertheless, such rumors could only be cause for ill-ease for Sharp as the company relies on Apple for a large portion of its business.

Even though Sharp is on Apple’s Supplier list for 2015 the company still only provides a very small number of screens for iOS devices as Samsung, Japan and LG are Apple’s biggest and primary suppliers of LCD TFT panels.

It was also rumored a few years back that Apple and Sharp are to invest in a multi-dollar facility in order to produce millions of IGZO panels for Apple exclusively. Apparently the deal collapsed leaving Sharp additional financial woes as it was unable to solve yield issues and meet Apple’s specifications.