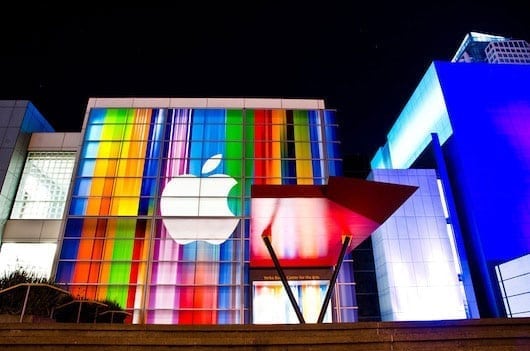 A report claims that Apple has indeed rented out the Bill Graham Centre in San Francisco for the much awaited Apple event.

This information came from a trusted source who provided documentation concerning the Apple event logistics. Hoodline reports Apple is renting out the building through Sept. 12, giving the company space for a large press event. On Monday, it was suggested Apple could be behind a “private event” to be held at the auditorium. Documents have surfaced this week show plans to modify four windows to support 15-foot logos. While rendered images reveal a malformed star shape logo not known to be assigned to any one company, Apple’s logo would fit well over it, though.

With a capacity of about 7,000 people, the Bill Graham Civic Auditorium is a step up from those traditionally used by Apple to host its annual iPhone events. San Francisco’s Yerba Buena Centre can hold 1,470 people, while the site of last year’s debut, Flint Centre in Cupertino, can accommodate 2,400 visitors.

If as the rumours say Apple is planning something, there are reports of multiple street closures in the area starting from 6 pm. on Tuesday, Sept. 8. Apple normally holds iPhone announcements on Tuesdays, but we might see them change their patterns with streets surrounding Bill Graham Civic Auditorium closed on Wednesday, Sept. 9 from 4 am. to noon.

The public at large expects Apple to announce the next-generation “iPhone 6s” and “iPhone 6s Plus” devices at a special event in September, with perhaps a 4-inch iPhone as well. The rumours also mention new Apple TV hardware with a touchpad remote, Siri support and a dedicated App Store. Hoodline now reports that a “trusted source” has confirmed the Bill Graham Civic Auditorium will indeed be used for Apple’s September iPhone event.

“Our source, who wished to remain anonymous due to the extreme privacy surrounding the event, has shown us documentation from event logistics indicating that Apple is renting the building through September 12th. This timing is consistent with what we were told by a security guard on Monday.”

An interview with ‘SFGate’ revealed that the project manager for the Bill Graham Centre had no idea what the venue will be used for while a spokeswoman for the Planning Department said the “trade show” information was all department was told.

“I’m even the landlord of the building, and they won’t tell me,” said Rob Reiter, project director for the Civic Centre. “I’ve never seen anything like it before, but I’m just a guy in the basement,” he said of his office in the bowels of City Hall.