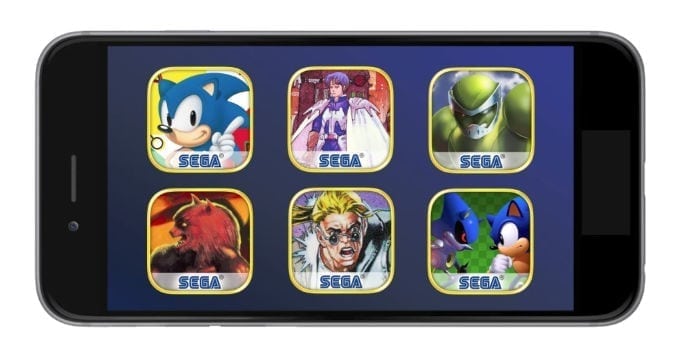 There has been a recent trend resurrecting vintage games as well as consoles this past year.  Not to be forgotten is SEGA and their decision to bring their classic game collection to new devices. The SEGA Forever Collection has moved titles from the SEGA Genesis to Android and iOS devices. The plan is to add a new classic SEGA game every other week to the collection. The end result will reflect the entire SEGA history on iOS and Android.

The initial release began on June 22, 2017, and includes five classic games we will be able to play on our handheld devices. They include Sonic The Hedgehog, Comix Zone, Kid Chameleon, Altered Beast and Phantasy Star II.  There will be ported games and emulations from the company’s vintage consoles as well.  All in all about 1000 titles will become available on iOS and Android over time.

SEGA said, “As the Sega Forever collection expands through months and years, it will include both official emulations and ported games that pan all Sega console eras, each adapted specifically for mobile devices while remaining faithful to the original games.”

The games are free to play with ads.  You can opt for ad-free play by making the only in-app purchase of $1.99 to disable the ads. Support for Bluetooth controllers, leaderboards and the ability to save games to the cloud are all included. And of course, you can play them offline as well.

CMO of Sega’s mobile division Mike Evans said, “Above all else, Sega Forever is a celebration of nostalgia, It’s about allowing fans to reconnect with past experiences and share them with family and friends in an accessible and convenient way.”

How cool is this?  Being able to play these old but not forgotten gems that many of us grew up playing is really something to look forward to.  I hope there are plans to bring this to the Apple TV. This would be a great platform for these SEGA classics. Being able to play them on the device of our choice is an awesome move by SEGA.