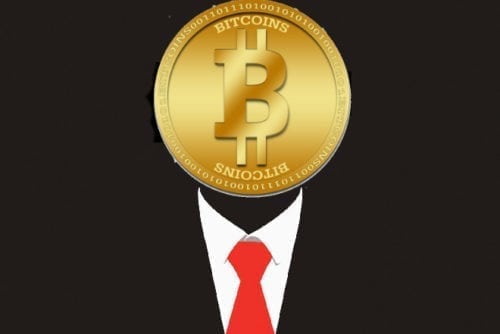 Satoshi Nakamoto is the world’s most elusive billionaire and the founder of Bitcoin. His worth is north of $7 billion as of November 2017. Even though his real identity is unknown he claimed to be a 37-year-old Japanese native on his P2P foundation account. His perfect use of English has cast doubts on that and he uses British English in his code and comments so his origin is speculated to be the Commonwealth region. There are theories on who he might actually be. We will take a look at the possible candidates.

These are the high profiles that have claimed to be Satoshi or were suspected to be him but no concrete evidence is there to prove it.

Nick designed “bit gold” which paved the way for Bitcoin. He was known for his affinity towards digital currency and pseudonyms. He was linked to Satoshi Nakamoto by many people as well as media outlets but all the evidence was circumstantial and he denied all such claims.

An article was published in the Newsweek magazine in 2014 where a journalist tried to ID a Japanese American man from California as the elusive billionaire. This man’s birth name was Satoshi Nakamoto and gained a lot of press back in the day with reporters following him around to get a statement. Dorian was a systems engineer and had knowledge about financial information services, which only added fuel to fire. Dorian denied these claims and said he did not even know what Bitcoin was. Satoshi later posted from his P2P account that he was not Dorian Nakamoto.

Hal Finney lived close to Dorian Nakamoto and was a cryptographic engineer himself in the pre-Bitcoin era. He was also the first person to use the Bitcoin software after Satoshi himself and even made improvements to the Bitcoin client. He was also the receiver of the first Bitcoin transaction. In addition to that his writing style was similar to that of Satoshi Nakamoto. But people saw that he had emailed Satoshi on a number of occasions and that Satoshi had sent him the Bitcoin transaction. Furthermore, he denied being Satoshi Nakamoto so he was ruled out as well.

This Australian man claimed to be Satoshi Nakamoto and his house was raided by the police. This bolstered the belief of the people that he might actually be the one. Mr. Wright claimed in his blogs that he was Satoshi and BBC journalists attempted to say that they saw Wright signing a message using the private keys used in the first Bitcoin transactions. When Bitcoin developers checked his blog for proof, there was none to be found. He even made a post that he would publish the proof. Then deleted his post saying he couldn’t take the attention. He was ruled out as a candidate as well.

Sahil Gupta is a computer science student at the Yale University and a former intern at SpaceX. He believes that Elon Musk might be the father of Bitcoin as it was written by someone with mastery in C++ and Musk has utilized it heavily at SpaceX. Musk’s 2013 Hyperloop paper also provided insight into his deep understanding of cryptography and economics. It is claimed that Musk started this currency to use on Mars. Musk was the founding member of PayPal and sold it to eBay in 2002. He is now under a non-compete clause which has led to all this secrecy about his involvement in Bitcoin. However, Elon Musk has declared on Twitter that the rumors of him being Satoshi Nakamoto are false and he has not invented Bitcoin. He even said that he doesn’t own any Bitcoins.

The identity of the elusive billionaire is still unknown and we might never know. Or, he might choose to go public one day. Time will tell.