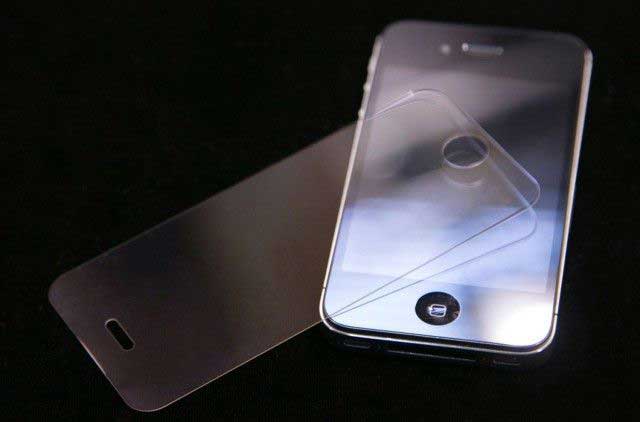 It has been the desire of Apple to make use of sapphire displays for iPhones for a long time now. Apple has been grappling with the problem of scratched screens and cracked monitors. To solve its problem, Apple approached GT Advanced technologies last year, and many were hoping that the company would introduce sapphire display in its ambitious iPhone 6. However, GT could not supply sapphire in the desired quality and quantity to Apple to manufacture displays for its iPhones. Despite this failure, Apple hasn’t given up on its dream of using sapphire as the material for making the displays for future iPhones.

It seems that Apple has applied for a patent for a new method to use sapphire as a material for the display of its new series of smartphones. This new method involves irradiating the crystal of sapphire and then using a laser to slice it into thin sheets that can be used to make the screen of a smartphone. Sapphire is an incredibly hard material though it is also very delicate and small defects in its surface can lower its strength dramatically. To overcome this problem, this new patent filed by Apple would help in reducing wear and tear on the surface of the sapphire. This would in turn enable the company to produce monitors or screens for millions of its devices.

Though it is very much possible that Apple may use its patented technology to produce small pieces of sapphire intended as a cover for the lens of its smartphone cameras. But there is a clear cut mention of “smartphone” as the category of product for which the application has been filed with US Patent and Trademark Office.

Millions of Apple fans across the world were clearly disappointed when they saw the old Gorilla glass as the display of the new iPhone 6. But the company had no other option as GT collapsed just before the release of iPhone 6 and filed bankruptcy. Now Apple is alone but it is working on sapphire to come up with a screen that uses much less power than Gorilla glass and is much more resistant to scratches and cracks than Gorilla glass. Only time will tell if Apple is able to use the new technology in its new iPhone 6S or not. We are keeping our fingers crossed at the moment.