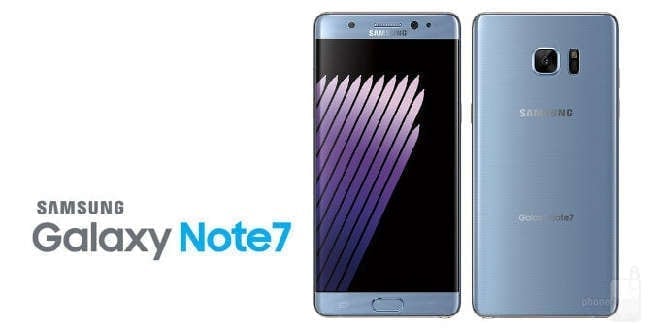 South Korean based tech giant Samsung Electronics Co Ltd reported on Wednesday that shipments of the Galaxy Note 7 smartphone are being delayed. This is due to “Quality Testing” and “Technical Issues”.  Samsung’s engineering department is conducting additional quality control testing for the premium device.

In a statement to media, Samsung said that “Galaxy Note 7 shipments are being delayed as devices are undergoing additional quality inspection tests.”

More Than Meets The Eye?

Other local newsgroups are claiming that there is also something fishy in the matter at hand. Citing Yonhap News Agency, The Korea Herald says that early this week Samsung suspended Galaxy Note 7 shipments to local telecom carriers. The exact cause of the suspension has not been confirmed. It is believed that explosions have something to do with it.

Earlier this week, news broke out that a Galaxy Note 7 exploded while charging. Other mobile devices have experienced similar failures before, including iPhones. But a report from Business Korea says that a device exploded in Korea. That means at least two devices exploded while charging since the Galaxy Note 7 launched. Suggesting that the first one wasn’t just an isolated incident.

An unnamed official from a Korean wireless carrier said the following. “Samsung has stopped supplying the phones even though pre-orders have not yet been shipped,” “It is unclear whether the suspension is because of production constraints or a probe into recent explosions.”

Quality control problems, if confirmed, could deal a major blow to the world’s top smartphone maker. As the company is counting on the gross revenue of the new device to maintain sales momentum for the mobile business in the second half of this year.

Samsung has previously said demand for the new Galaxy Note phone is far surpassing demand. Which in turn has created a supply shortage and forcing it to push back the launch of the phone in some markets? The firm has said it is employing all possible means to boost manufacturing.