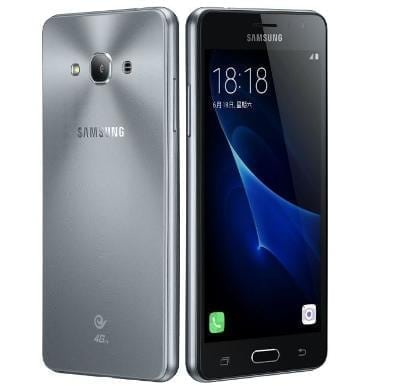 Samsung has finally revealed the latest installment in its popular line of phones, the “J-series”, in China. The J3 pro was unveiled in China after the previous J3 made its debut in India two months back. We first heard about the handset, which carries the moniker Galaxy J3 Pro, last week when it appeared in a batch of leaked press renders showcasing its design, and we quickly came to the conclusion that it’s a slightly beefier model of the entry-level Galaxy J3.

The entry level smartphone is powered by a 1.2GHz quad-core Snapdragon 410 processor with an Adreno 306 GPU. There is 2GB of RAM and 16GB internal storage along with a microSD expansion slot. The handset comes with an aluminum casing and has a 5-inch 720p Super AMOLED display on the front.

Other specifications include an 8MP rear-facing camera with a f/2.0 aperture, a 5MP front camera, dual-SIM compatibility, 4G LTE and a 2,650mAh battery which is promised to last a full day. The handset will run Android 5.1.1 Lollipop with Samsung’s TouchWiz user interface, but will receive the Marshmallow upgrade in the coming months.

The J3 Pro comes in two color options at launch: gray and gold. It seems that Samsung is trying to capture the Chinese market by introducing a cheap line of Galaxy Android smartphones. The Chinese smartphone market is currently dominated by the likes of Huawei and Xiaomi. According to the experts, the release of the Galaxy J3 Pro is the company’s chance of making some impact in the country.

The Galaxy J3 Pro is priced at 999 RMB which is about 152USD. Samsung has not revealed the exact release date of the Galaxy J3 Pro yet, but it will be sold exclusively through the mobile carrier China Telecom. There is no confirmation of an Indian launch either. There is a high possibility that this handset will be a China exclusive.