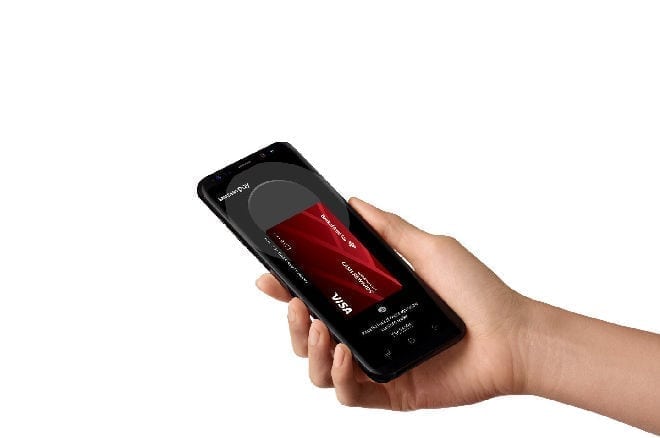 Samsung Pay was a feature only available on the premium lineup of devices by the Korean company. The Galaxy S series and the latest Galaxy A devices for example. In addition, we are hearing rumors that this feature is now being introduced in other nonpremium devices in India. Then promoting the process all over the world on Samsung devices.

Such a feature can be enabled on the already existing line of devices because all the targeted Samsung devices have the hardware capability to support Samsung Pay very efficiently. Samsung Pay allows users to verify their transactions through fingerprints. For those users with low-end devices can also use pin code verification for making transactions through Samsung pay.

Allowing users to make transactions through their mobile devices has been one of the major features that have been the focus of mobile developers for the past few years. Samsung started this venture through the Indian market and at high-risk. Following the set example, other companies have also brought their automatic mobile banking services to the country. This includes Google CEO announcement of bringing mobile payment solutions to the country during his recent visit to India.

Apple, one of the major rivals of Samsung has been unable to come up with a reliable feature that enables mobile payment with such ease. Analysts are of the opinion that Samsung has left Apple far behind in this area. In addition, Samsung Pay has the added convenience of MST (Magnetic Secure Transmission). It is a piece of technology that enables the mobile device to send a signal to the payment card terminal reader from a mobile device. Through this technology, your mobile device acts just like your payment card, connecting you to almost any terminal that supports Samsung Pay.

In India, this startup is essentially a good idea since there are over 85 million Samsung smartphones currently in use in the country. Of which about 25 million belong to the J series. From a wider angle, Samsung has sold almost 800 million smartphones all over and more than 50 percent of those are nonpremium. With Samsung Pay enabled on these devices, the feature will see a drastic increase in its users, as people incline more and more towards using their phones as e-wallets.