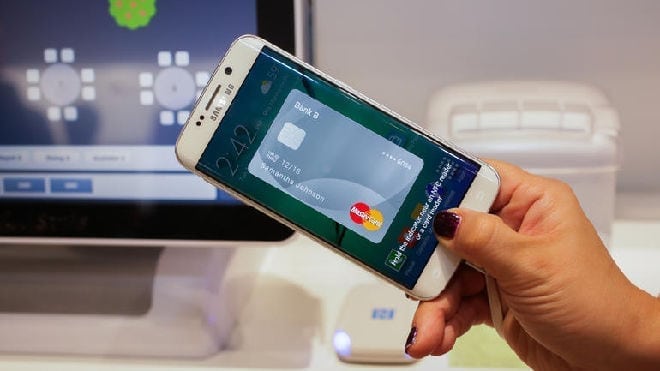 A year after the launch  of Samsung Pay it looks like the service can go against its opponents Apple Pay and Android Pay on its own. Samsung announced that during the first year of Samsung pay the service handled 100 million transactions.

Samsung pay competitor Apple pay handles 75 percent of the total mobile payments in the United States. Although, Samsung pay still lags far behind Apple pay the figure is still impressive. Since the Apple Pay service started a year before the Samsung and Android mobile payment services.

Injong Rhee, CTO and EVP of Software and Services for the Mobile Communications Business at Samsung talked about the service in a blog post. He said  “Since its introduction a year ago, Samsung Pay continues to lead mobile payments by providing services that are simple, secure and virtually anywhere. Our ambition to reach the world without wallets continues to draw ever closer, and this strong consumer adoption signals a shift in behavior and demonstrates the continued enthusiasm for a safer, smarter and better mobile wallet.”

Although the service has performed impressively in the first year, there is a lot more to be done. Samsung pay is available in only seven countries at the moment. However, the service is likely to expand to other countries in this month. Furthermore, Samsung aims to expand the service to the point that all banks are a part of it. This will increase the number of people who use the service.