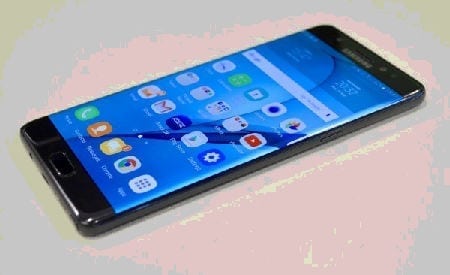 Samsung has had a couple of bad weeks recently. With the reports of Note 7 phones exploding due to a manufacturing and design issue with the battery. There have even been reports of people suffering from third-degree burns. Several airlines have recommended to not even bring the Note 7 on board due to safety concerns the problem creates. Fortunately, Samsung recalled Galaxy Note 7s worldwide.

Shipments of replacement Note 7s have already been delivered to many customers. Both in the US and in Samsung’s home country of South Korea. While many US customers are happy with their replacement, many have either switched to using another Samsung phone (mostly the Galaxy S7 Edge or regular S7). Some have even switched to iPhone, giving Apple a small advantage in the mobile phone industry Although Apple didn’t go without its problems. I’m talking to you, hissing sound.

While it may sound safe and peaceful for those at Samsung, the nightmare continues. South Korean customers have reported their new Samsung overheating. Note 7 phones specifically and they suffer from fast battery drain. While this isn’t as bad as batteries exploding and causing severe burns, it is still a very serious issue that Samsung must address. According to Bloomberg, Samsung rushed in the making of the Note 7. This was done to compete heavily with the iPhone 7 when it launched. Because of this, many of the design and manufacturing issues that Samsung missed when creating the Note 7 have come back to haunt them. Although, it is reported that these new issues are caused by completely different errors than what caused the battery explosions.

It is best for Samsung to hope that this issue only affects a handful of people. Both the initial launch and relaunch of the Note 7 have been bumpy for Samsung. Some are considering leaving Samsung altogether. Personally, I’d rather wait for the Galaxy S8 which is expected to be released in early 2017.