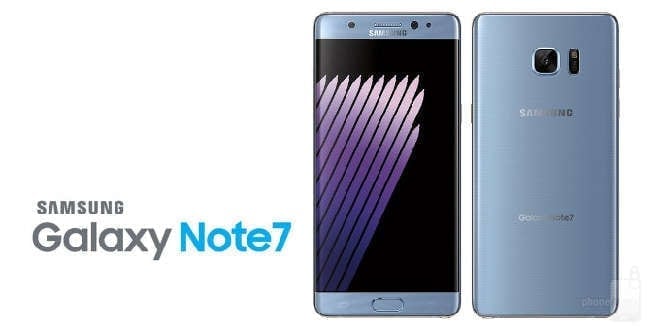 Samsung just announced a worldwide recall of its latest offering. The Galaxy Note 7 recall is official. The South Korean company has now confirmed this news. It has stated that this act will cause it a “heartbreaking amount” of money.

Samsung had already shipped almost 2.5 million Note 7 handsets. All of these units are to be replaced due to a fire hazard. Reports state that some of the Galaxy Note 7 are exploding while being charged.

35 separate cases have been reported worldwide. Samsung has stated that only a few are at risk. However, since it is uncertain which products are safe and which are not their customers have been invited to claim replacements through the Note 7 recall.

Bloomberg estimates that the recall will cost the South Korean manufacturer a whopping $1 billion. This figure has not been confirmed by Samsung but the CEO of the company stated that it is going to cost the manufacturer a very large amount. $1 billion may be a significant amount of money, it nevertheless constitutes less than 5% of Samsung’s income for this year. It has been estimated that Samsung will earn an incredible $20.6 billion for 2016. So this loss might not be as devastating as some would have us believe.

The recall has come at a very inopportune moment for the company as the Galaxy Note 7 was selling very well. Note 7 had received rave reviews worldwide and in the absence of new iPhones, sales figure were soaring. Indeed the handset even exceeded the original sales predictions made by Samsung itself. Now the sales of the Note 7 has been stopped in 10 countries.

Samsung has now eliminated any fallout in the long term by dealing with this issue in a timely manner. The Note 7 recall shows the company’s commitment to quality. This is the view of “industry observers” quoted in the Korea Herald.